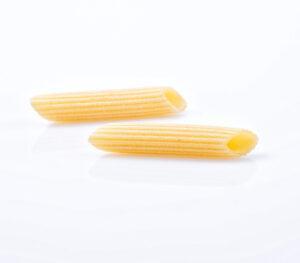 Penne or pen are generally a type of pasta of cylindrical shape made from durum wheat flour.

All penne shapes are characterized by an oblique cut, “nib”, “quill” and can be seasoned with a variety of sauces because of their hollow shape that holds the sauce well. Smooth penne or penne rigate? The choice is absolutely subjective, there are those who prefer one or the other, but both types are highly versatile and ideal for any seasoning.

They have lines on the entire surface of the pen and this roughness makes them crunchy in the mouth.

Penne rigate are loved throughout Italy and abroad and change their name according to the regions of Italy. For example, for Umbria they are the “spole” and in the south they are called the “maltagliati”.

Penne, smooth striped or of other sizes, lend themselves to being seasoned with an infinite quantity of condiments and sauces, with vegetables, cheese, ragù, pesto, but also with oil or butter and parmesan and everything that the imagination suggests. 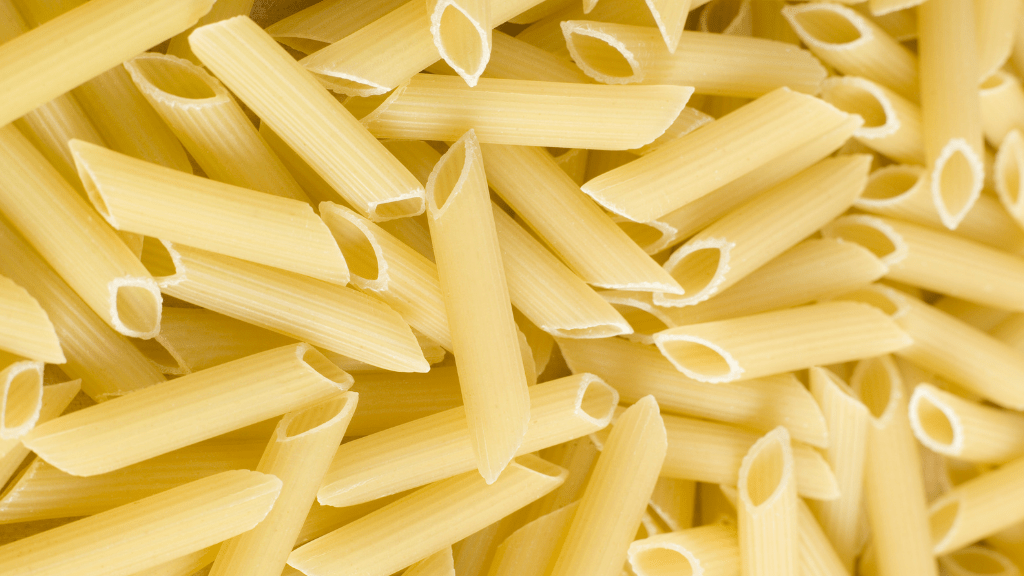 In this case there is a precise date of birth, March 11, 1865, when Giovanni Battista Capurro, a pasta maker from San Martino d’Albano, near Genoa, was able to patent a machine capable of diagonally cutting pasta without crushing it. Until then, the operation was carried out by hand, with scissors, leaving an irregular and jagged mark on the final product.

The format was intended to imitate the steel nibs of fountain pens. Another curiosity: in its first versions this pasta was colored, in the medieval way, with saffron.

It spreads in the Ligurian Apennines, becoming one of the favorite formats for meals related to haymaking in the fields. In the south it spreads in a longer format (the candle) which is widely used for Christmas evening dinners. In Sicily, with the name of maltagliati, they are seasoned with a meat sauce, spices and onions.