In Italia, there are many types of rice. One of these, called “Carnaroli”, is the most used and finest in Italian cuisine. It was obtained in 1945 by a cross between two different types of rice. It doesn’t scratch and doesn’t disintegrate and this is why it is suitable for the preparation of risotto. The Carnaroli is the most prized.

Another type is Arborio rice, it has bigger grain, with a structure that allows a good absorption of seasoning. It is suitable for the preparation of preserved risotto. 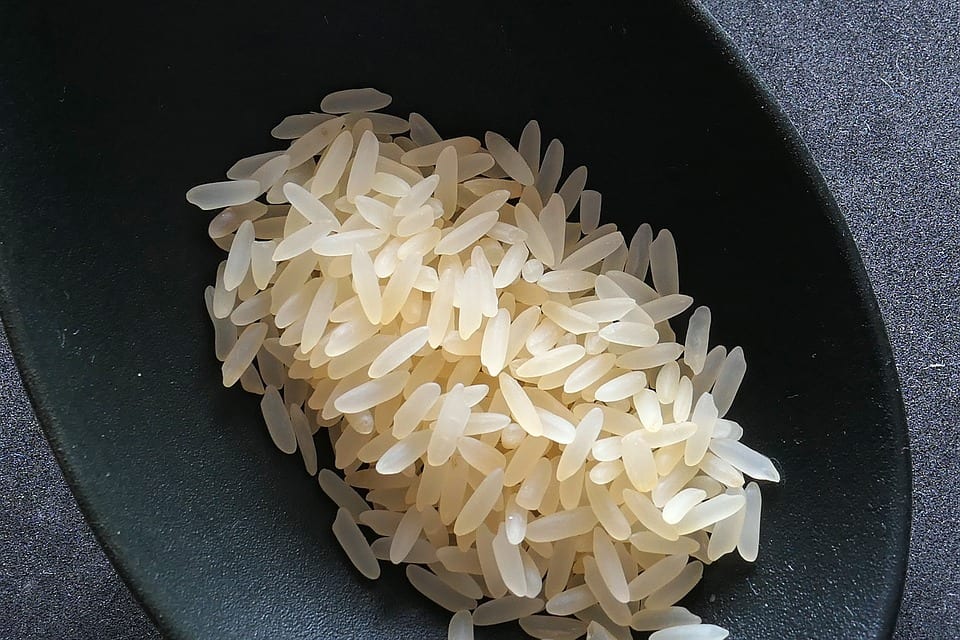 Rice is a cereal originating in the Asian regions and introduced into Europe by the Arabs in the Middle Ages. The two primordial species that can be considered relevant for food purposes are Oryza sativa, of Asian origin, and Oryza glaberrima, of African origin. From the Asian species (Oryza sativa) are derived three subspecies: Japonica, suitable for temperate zones, with a short grain, which is the most widespread in the Italian fields; Indica and Javanica or Tropical Japonica, little known in Italy. Rice is usually sown in the rice fields in spring and it matures in 140-170 days. On the other hand, the combine-harvesting, that is the cutting of the cobs and the separation of the grains, takes place between summer and autumn. First, you have to select the beans and remove the impurities, they pass through the rollers, thus losing the outer coating, called husk, and becoming husked rice. At this point, a new selection is made to extract the immature grains and both the bud and the outer layers are eliminated. At this stage of processing, only whole grains are selected which will then be vacuum-packed and marketed.

The spread of rice to the West, began when in the fourth century BC he landed in Mesopotamia, before arriving in Europe as a food product with Alexander the Great. From Palestine, from the West Bank and Syria, rice cultivation reaches Egypt, probably introduced by Indian populations and subsequently cultivated by the Arabs who spread it in North Africa and Spain. The first information on the rice trade dates back to the first century. A.D. But it was the Greeks who, thanks to their ability to explore unknown lands, made the rice known to the Western world. From the Greeks to the Romans and, later, throughout the Middle Ages and up to the Renaissance period, rice was considered as a spice, as a medicine for various pathologies or for cosmetics. Rice culture developed during the twentieth century in the Po delta. the ancient Roman world, rice wasn’t that of a cereal suitable for human alimentation but rather of a medicinal product which, it was prescribed by doctors to the richest patients to cure body diseases. Rice was known in Italy before the real cultivation began because it was considered a spice and it was sold for therapeutic purposes. Some traces of the presence of rice in Italy are already found in documents of 1390. In 1468 in Lombardy, a region of north Italy, was inaugurated the first paddy field. From Lombardy, the cultivation of rice quickly extended to all the wetlands of the Po Valley, and then in Tuscany and Emilia Romagna.

In Italy, there are about 150 varieties and more than 3 thousand in the world, each one characterized by its own organoleptic properties. Among the best known we can find: 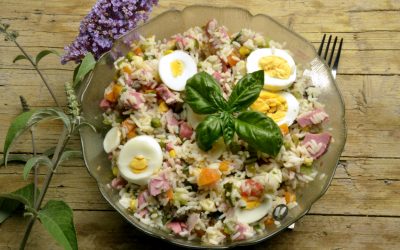 Rice Salad is a unique dish typical of the summer season: perfect to prepare in the morning to find it ready to return from the beach. It is a fresh, light and personalized recipe with different ingredients according to one's taste, as long as they are...

Rice, characterized by a thousand-year history and from distant origins, with the years has managed to make its way into the Italian culinary tradition becoming a cornerstone of our diet, bringing Italian production worldwide   THE CULTIVATION OF RICE:... 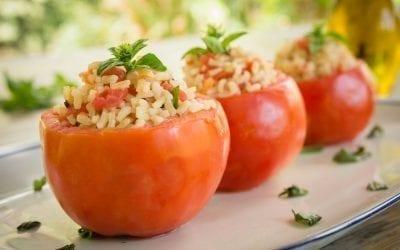 Mozzarella stuffed tomatoes are a unique dish made with tomatoes that are stuffed with a tasty filling of rice, basil, and parsley with a heart of Italian streamlined mozzarella to make them even more appetizing. they are a really simple but effective recipe...

Pink Rice it's a quick and easy recipe to enjoy rice in an innovative and fun way. Brown rice, carrots, orange, scamorza, tuna and a few drops of Balsamic Vinegar: a few simple ingredients for an excellent result!       Ingredients:  350 gr brown rice 1... 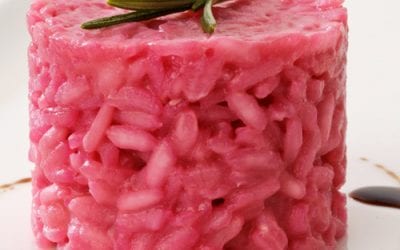 Risotto with Beetroot Juice, essence of Rosemary, and Balsamic Vinegar

Risotto with Beetroot Juice is a recipe that combines sweetness, color, and acidity. The beetroot, known for its sweetness and its cheerful and intense color, is the star of this tasty and creamy first course. Different for both color and taste from the classic... 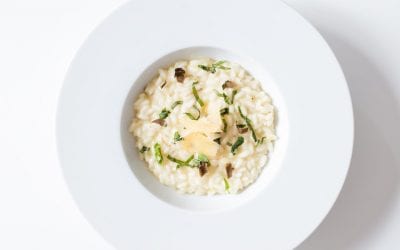 Zucchini flowers Risotto is a light but very tasty first course, which is ideal during the spring and summer period.

Zucchini flowers Risotto is a light but very tasty dish that enhances the delicate taste of zucchini flowers, ideal during the spring and summer period. To give a touch of extra color add saffron to the risotto.           Ingredients: 900ml of... 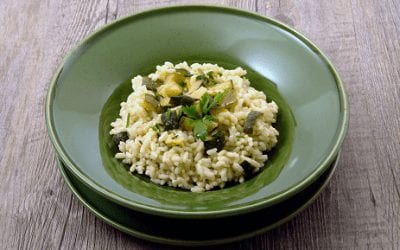 Zucchini Risotto is a simple but tasty and genuine recipe. It's perfect for enjoying on a fresh spring day, and blended with creamy Pecorino cheese creates a perfect blend!           Ingredients: 320 g Carnaroli Rice 350 g of Zucchini 1 l of... 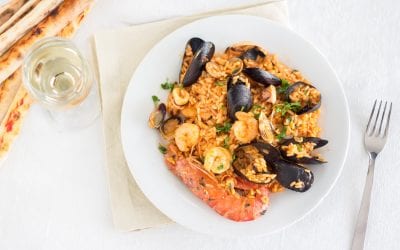 Seafood Risotto is a fresh and genuine first course that enhances the quality of the fish chosen for the recipe. You can use either fresh or frozen fish, obviously, with fresh fish, the result will be even more amazing!         Ingredients: 320 gr...

Risotto with Truffle is a delicious dish that conquers the most demanding palates with its unmistakable and amazing scent. Truffle in the kitchen is considered a real wealth, especially white truffle. No elaborate preparations, few ingredients and a carefully selected...

Milanese Risotto (or Saffron Risotto) is a north Italian rice dish cooked in a broth to a creamy consistency. The broth can be derived from meat, fish, or vegetable. Many types of risotto contain butter, wine, and onion. It is one of the most common ways of cooking... 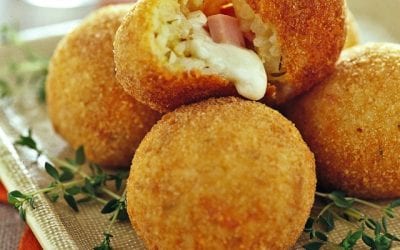 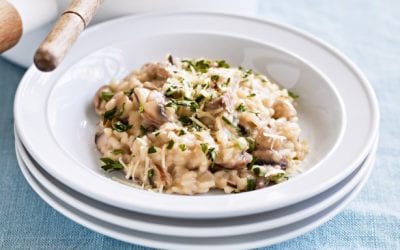