Do you know how many types of Pasta exist?

Today over 300 types of pasta consumed in Italy and they can be classified as dry and fresh pasta (full or holed), short, fine, smooth, striped. The innumerable type of pasta can be distinguished by dough, shape, surface and the possible presence of the filling. A variety that testifies, once again, to the immense wealth of the Italian culinary heritage, able to combine history and innovation, tradition and creativity of one of the most loved and appreciated products in the world. The type of pasta is not only the fruit of imagination, the different formats are a matter of taste and the choice is also linked to the consistency and to the dressing with which it will have to be married.

Pasta is the queen of Italian culinary tradition. It is loved by adults and children and the different types of pasta are seasoned with sauces of all kinds: vegetables, meat, or fish.
There are countless formats in Italy: some type of pasta are known all over the world while others are popular in the only source area.
Long, short, or minced pasta is for all tastes: just choose what to cook and with which sauce accompany it!
Below is a list of the best-known pasta sizes in Italy.

The history of pasta has its origins in ancient times, well before the Chinese spaghetti that Marco Polo, who returned from the East in 1295, had the opportunity to know. Etruscans and Romans, according to archaeological findings, already prepared and ate the lagana, the ancestor of modern lasagna, made up of sheets of pasta stuffed with meat cooked in the oven. In an Etruscan tomb in Cerveteri were found a pastry board, rolling pin, knife, a bag for dusting the flour and even a wheel which presumably was used to make the wavy edges. But the history of dry pasta as we know it today is linked to the Arab domination of Sicily according to various historians. It was 1154, when the Arab geographer Edrisi mentioned “a food of flour in the form of threads”, the “triyah” prepared in Trabia (present-day Palermo). From Sicily the pasta so prepared was then exported to the continent. Also according to the Arab geographer, already in the mid-1100s in Sicily and in particular in the Trabia area, so much “pasta” was produced that it was exported “in all parts, in Calabria and in other Muslim and Christian countries “. In the Arab cookbooks of the 9th century there were already paragraphs of pasta, with manufactures typical of the blackberry culture for its production: dry pasta was suitable to be preserved for a long time even crossing long journeys in the desert. Over the years, dry pasta has become a productive “prerogative” of the regions of Southern Italy and Liguria: the dry and windy climate of these lands is ideal for drying in the open air.

Bronze drawing is the process by which the mixture of semolina and water used to make dry pasta is passed by extrusion / compression through a bronze die. The drawing therefore gives shape to the pasta but also determines its length thanks to rotating knives that cut the forged dough that comes out of the matrix according to the desired length. The bronze drawing allows the surface of the finished product to be porous and rough, which means a greater ability to “catch” and retain various types of condiments, starting with generous sauces and succulent sauces. The bronze drawn pasta is also opaque and wrinkled, with the surface covered with starch powder, for a perfect marriage, for example, with a nice fresh tomato sauce. Among the other advantages related to bronze drawing it must be said that the subsequent drying of the pasta at very low temperatures, which also means a greater “hold” of the pasta’s nutrients and organoleptic qualities of the raw material grain.

To be named as such, durum wheat semolina pasta must be the result of drawing, rolling and drying a dough prepared exclusively with durum wheat semolina and water, without the addition of coloring and preservatives. The particular properties of durum wheat ensure that the starch does not disperse and therefore the pasta does not overcook, ensuring that it is cooked with a unique and authentic taste. Durum wheat is a type of wheat that breaks easily, has a coarse grain and an amber-yellow color. From its grinding we obtain semolina, whole semolina and re-milled semolina. Compared to white flour, semolina is more grainy and of a more intense yellow, due to the presence of carotenoids. Durum wheat semolina has a high tenacity and less extensibility than white flour and is therefore suitable for both bread making and pasta production.

Egg pasta is a basic preparation of Italian cuisine, in particular of the Emilia area. It is a simple dough, made with chicken eggs and wheat flour, divided into small regular shapes and intended for cooking with moist heat. The origin of pasta certainly dates back to the prehistory, when our ancestors ate grains that were crushed, ground, macerated and cooked in water. The Arabs and the Etruscans knew how to prepare lasagna, tagliatelle, fettuccine , pappardelle, macaroni, gnocchi, as we understand them today. The more ancient is the origin of ravioli. What do all these pastas have in common? They are egg pasta, that is, produced using eggs in addition to flour and water. Therefore, egg pasta, to be considered as such, must be produced using whole chicken eggs, without the shell, and specifically with fresh eggs: 4, equivalent to 200 grams of eggs, for each kilogram of semolina (for dry pasta), or flour (for fresh ones). Its production takes place both at an artisanal and industrial level. Egg pasta is produced in numerous formats; noodles are certainly the best known and most widespread. 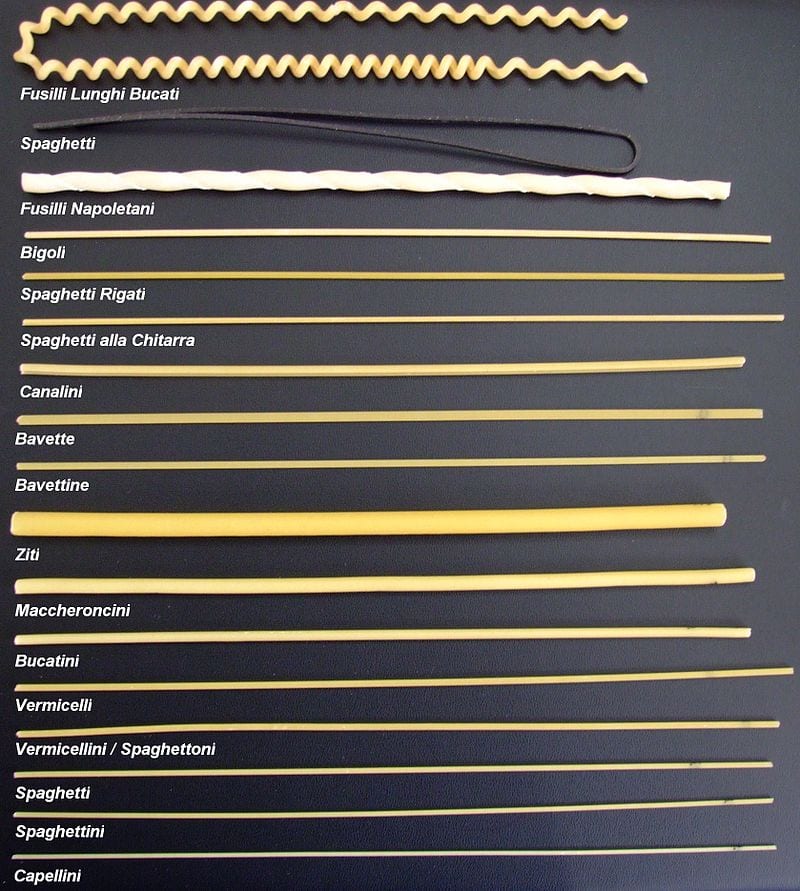 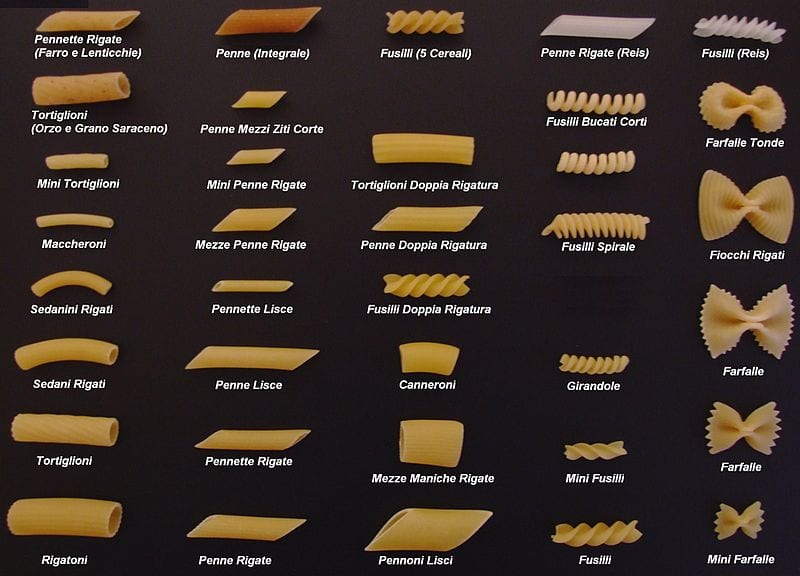 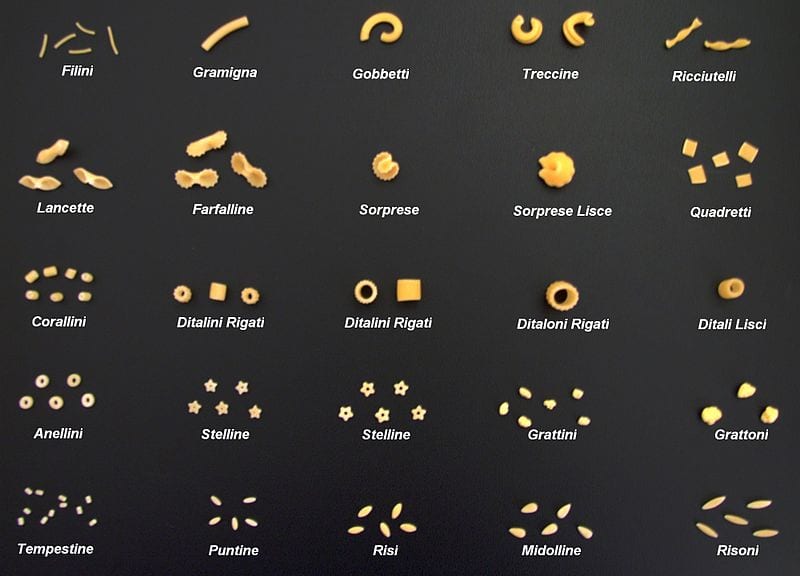 At first glance, they recall the warm and bright colors of autumn and, tasting them, release a complexity of flavors and aromas that will console you during the grayest days and rainy

Its history begins around 1570 with the spread and cultivation of this orange vegetable in the Ferrara countryside. From the sixteenth century to today, this excellent preparation has acquired an enormous reputation thanks to the originality of its shape and simple and complex flavors at the same time. In fact, to emphasize precisely the exceptional nature of the product, in 2016 comes the recognition of the Protected Geographical Indication and, with it, also a strict protection policy. According to the document, the cappellacci consist of a fresh filled pasta, the pastry of which is obtained thanks to a mixture of eggs and soft and hard wheat flour, and whose filling is formed by a mixture of yellow pumpkin pulp, grated cheese and nutmeg. And at the time of placing on the market, the product must have specific characteristics in order to be named IGP.

Culurgionis d’Ogliastra PGI is a fresh pasta with a hand-closed bundle shape and a filling consisting of a mixture of fresh or dehydrated potatoes in flakes, cheeses, vegetable and / or animal fats, flavorings. The production area of ​​Culurgionis d’Ogliastra PGI includes numerous municipalities in the province of Nuoro and three municipalities in the province of Southern Sardinia, in the Sardinia region. Culurgionis d’Ogliastra PGI have carved out a place for themselves as protagonists thanks to the identification with the geographical area of ​​production, Ogliastra, particularly immune to cultural contamination from other regions. They are born as a poor dish, typical of the agro-pastoral culture, for which the filling has been adapted to the availability of local products. Potatoes were among the products almost everyone had. To enrich the taste they were flavored with cheeses, fats and aromas.

Pasta di Gragnano PGI is a pasta obtained by mixing durum wheat semolina with water from the local aquifer. The formats released for consumption are different and all typical, with its characteristic rough surface given by the bronze drawing, fruit of the imagination of Gragnano pasta makers. The production area of ​​Pasta di Gragnano PGI includes the whole territory of the municipality of Gragnano, in the province of Naples, in the Campania region. Thanks to its consolidated tradition, the city is today referred to as the city of pasta. The historical importance of pasta production in Gragnano has been such as to influence the design of urban spaces over the centuries. The manufacturing process of this pasta is the result of centuries of experience and tradition. The particular care with which each phase is followed and carried out contributes to the full success of the entire production process and, together with the originality of the shapes resulting from the imagination of local master pasta makers, helps to give the product international fame and reputation.