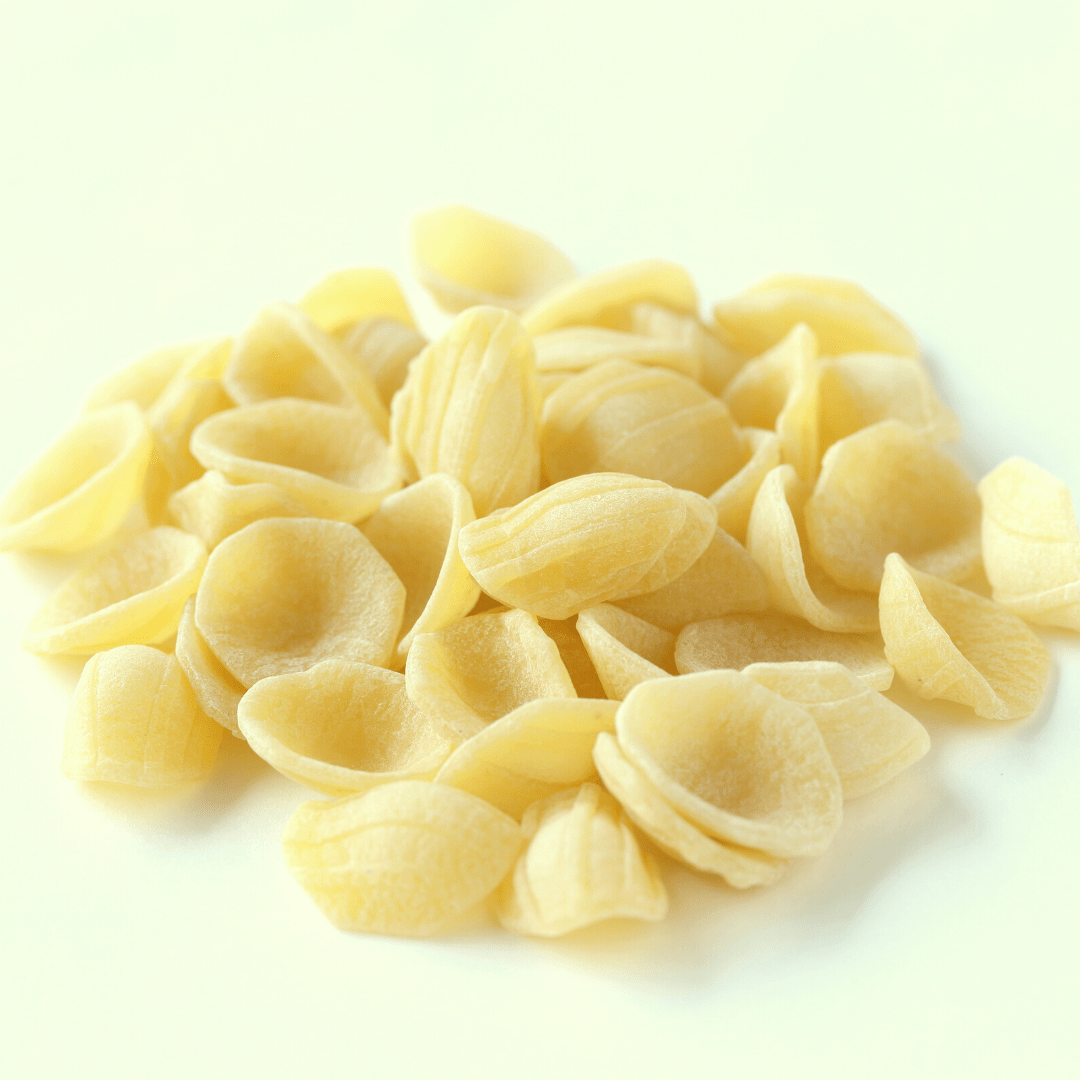 Orecchiette is a type of pasta symbol of the typical Apulian cuisine, they are famous for their characteristic round and concave shape, smooth on the outside and rough and wrinkled inside, reminiscent of a small ear, and for their ability to capture and collect the sauce well. Traditionally, this pasta is made by hand, with a simple dough made with durum wheat semolina flour, water and salt that is worked on large wooden cutting boards and shaped with the hands and with a smooth blade knife.

Protagonist of one of the most representative and most famous local dishes in the panorama of Italian regional cuisines, orecchiette with turnip tops, this type of pasta seems to have been invented between 1200 and 1500. Although its origin is still shrouded in history.

Their origin is a mystery, in fact there are no documents that certify their birth. Since there is no official documentation certifying its origin, the hypotheses concerning the invention of orecchiette are mostly based on local stories, anecdotes and traditions that have been handed down over time.

The most remote dates back to ancient Rome, because Varro speaks of “lixulae”, a type of round-shaped pasta with a concave center, made with flour, water and cheese. Even the Counts of Anjou of Provence would seem to love an original medieval French recipe, which consisted of a fresh pasta called crosets, prepared with durum wheat flour and water and with a similar shape of discs hollowed in the center but thicker, larger and less finished.

This form was conceived because it is easy to dry and to preserve during long periods of famine, but hypothetically it has as its corresponding Italian dish the so-called corzetti romagnoli, or better still the crusets of the Ligurian Apennines. The name “orecchiette” instead, as well as the method of preparation of this pasta, would be definitively established and perfected later, around 1200, in the lands of Puglia.

According to local tradition, among other things, the shape of the orecchiette would seem to draw inspiration from that of the roofs of the trulli. 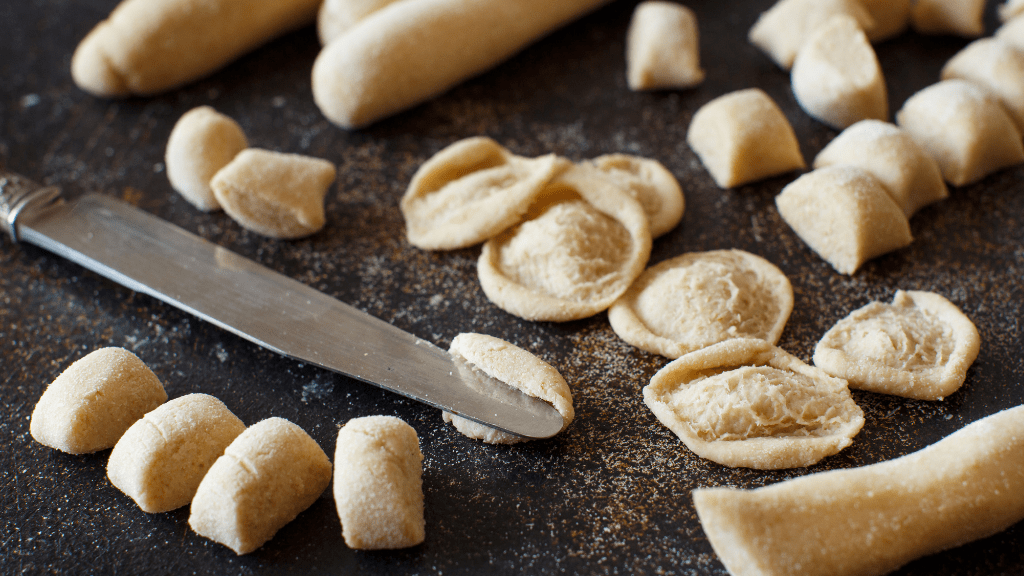