Carbonara Day: All You Need To Know

Carbonara is a type of pasta that many consider as an ancient dish and today we celebrate it!

Carbonara Day is celebrated – promoted by Union food pasta makers and by Ipo (International Pasta Organization) with the We Love Pasta website – which last year involved over 500 million people who they participated on social networks with their carbonare. This year #carbonaraday is added to the hashtag #carbonaraHomeMade to emphasize that you will not go to the restaurant to enjoy it, but you will do it at home. 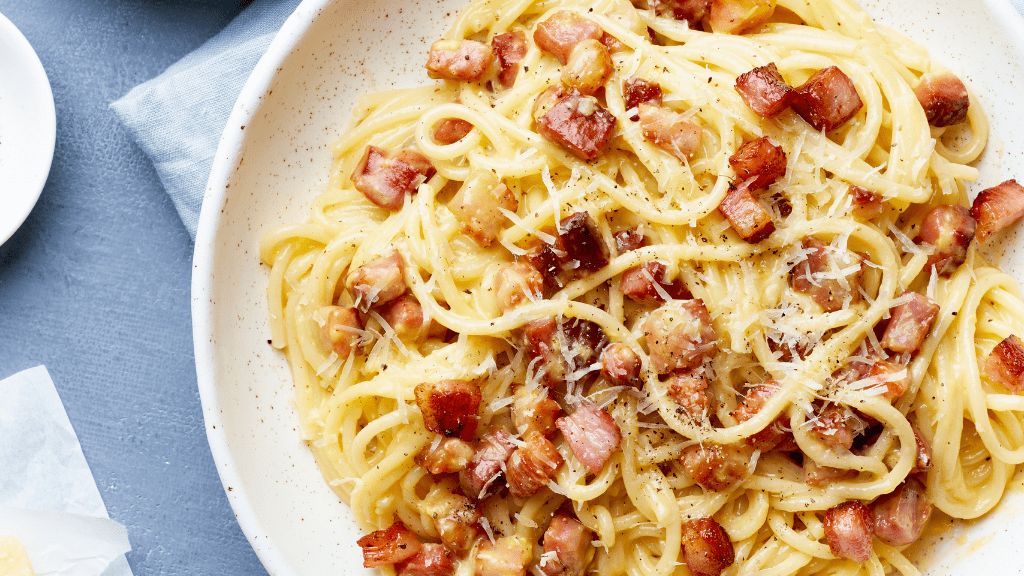 This dish was born only after World War II and at the beginning it is a very different recipe from what we might imagine, so you have to be very careful to use the word tradition (the historian Massimo Montanari docet). The first written recipe can be found in the US, in the book by journalist Patricia Brontè Vittles and Vice, a guide to Chicago restaurants, among which the Armando’s restaurant stands out for its pasta alla carbonara. The first found in Italy, on the other hand, is dated 1954, is found in the August issue of the historic magazine La Cucina Italiana.

Over the years there have been several versions, where the meat used is always pancetta. Only in the 1960s did the guanciale become the best alternative, thanks to Luigi Carnacina and Luigi Veronelli, who jointly edited La Grande Cucina in 1960 (a book intended for cooks, in six volumes, followed by a more popular compendium the following year ). But – beware – these are precisely the two myths of Italian gastronomy that contemplate “a few spoonfuls of very fresh and very creamy liquid cream”. The cream, far from being seen as an affront to the dish, was here and there expressly prescribed, or in any case recommended as optional. But where did the idea come from? It is true, it helps in creaminess, but no one has ever thought of adding it to gricia or amatriciana…Perhaps the origins are to be found in the fact that carbonara spread after World War II and the eggs used were often in powder form (yes, those of the American rations), so they needed a liquid and fat part to find the right consistency. Perhaps because at the same time the gastronomes looked at the culture of the other side of the Alps with admiration…Of course the cream helped the creaminess, perhaps also for this reason its success increases, in the context of an increasingly widespread use in the kitchen.