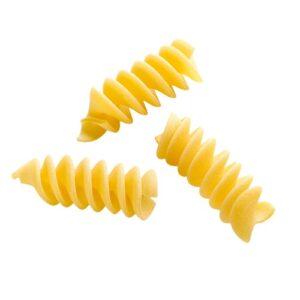 Fusilli are a type of pasta, originally from Campania.

In some Italian cities, to these days, they are still made by hand, rolling spaghetti with a wire and then drying them.

This same technique, once very widespread, is still widely practiced in many regions of southern Italy and is used to make other types of pasta that differ from the actual fusilli in shape or dough.

Fusilli are honestly great with any pasta sauce, not so common outside Italy, it’s one of types of pasta most used and eaten by Italians together with penne, maccheroni and spaghetti.
Find the one that fits you best and enjoy! 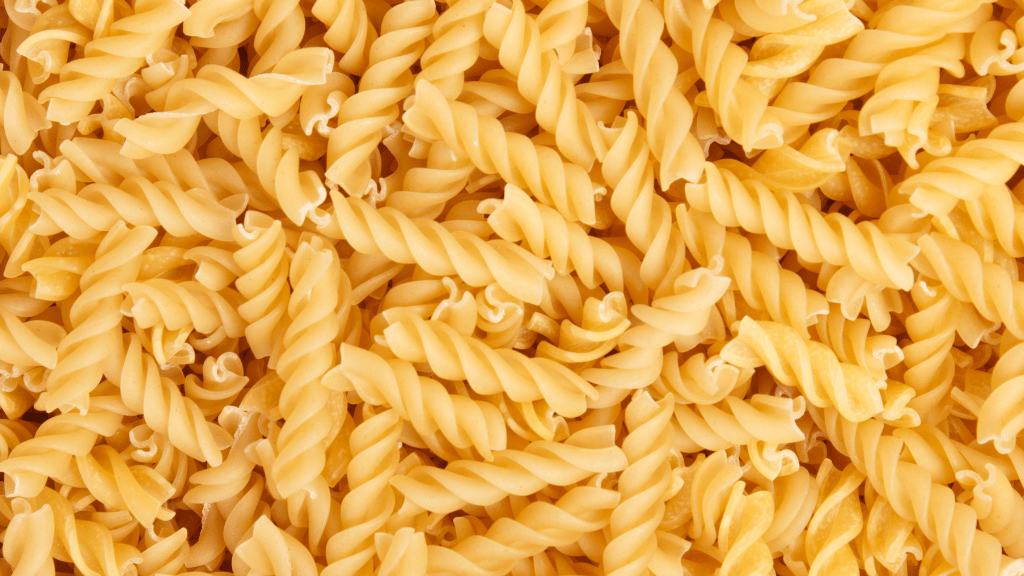 The Origin and History

The origin of this pasta also seems to come from the Arabs: in fact in Sicily, the fusilli were originally called Busiata (or as it happens in Sardinia maccarones de busa), as the etymological origin of the word “canna” in Arabic is “bus”, an instrument with which this special pasta shape was made.

1924 is the precise date of birth of the fusillo in an industrial version. Until then, the manual invoice of this format, very similar to bucatino or perciatello, had given unsatisfactory results for the quality standards required by the nascent industry, especially on the international market. It was two Italian emigrants in New York, Guido and Aurelio Tanzi, who, in 1924, developed the right machine to produce them in a workmanlike manner: fusilla.

The hole in the center was perfect and so did the spiral around it. Also in this case, as in that of spaghetti, experts lean towards Arab origins: fusilli were in fact originally called busiata, in Sicily, and busa, in Sardinia.

Taking its name from the cane (bus) with which the Arabs made this pasta. Always using the underwire (or cane) technique in the fifteenth century they are defined strangolapreti in many areas of Southern Italy, where it ends up taking root more.

In Abruzzo they are called zufolitti (due to the similarity with the piffero, called zufolo), whistles in the Apulian area and lombrichelli in the Foggia area.

And the combinations? In Sicily they marry the pesto alla trapanese, in Lazio they are traditionally seasoned with a lamb sauce, while in Basilicata they are eaten seasoned with ragù, cacioricotta and a pinch of horseradish, especially at Carnival. In this region, a long fusillo was also adopted to establish the sex of the child: if, thrown into boiling water, it remained afloat straight, it meant that it would have been a boy. If it flipped to the side, then it would have been a female.

The term fusillo is instead of Neapolitan origin: in that region, in fact, it was prepared with a square section iron – made by the blacksmith – similar to the spindle of spinners. Later the knitting needle was also used as well as the needles of disused umbrellas.