Balsamic vinegar of Modena, thanks to its unmistakable bitter-sweet flavor that lend itself to the most varied combinations in the kitchen, to its velvety density, which is a real pleasure for the palate, has distinguished itself all over the world, soon becoming synonymous with excellence, craftsmanship and unmatched perfection! In short, it is part of the pride of the Italian gastronomic heritage.

It was in fact the Este capital that, starting from the times of the Duchy, made this product its flagship. The result of a long and wise tradition, balsamic vinegar, Italian excellence, has however met the same fate as many other masterpieces of history: imitation. Many producers, especially foreign ones, have no qualms in exploiting the reputation and quality of this vinegar, putting on the market products that unjustly boast the wording “balsamic” on their label. So, in the face of attempts at “plagiarism”, a question arises more than spontaneously: what is the true and original balsamic vinegar? The authentic one is the result of ancient tradition and wisdom? 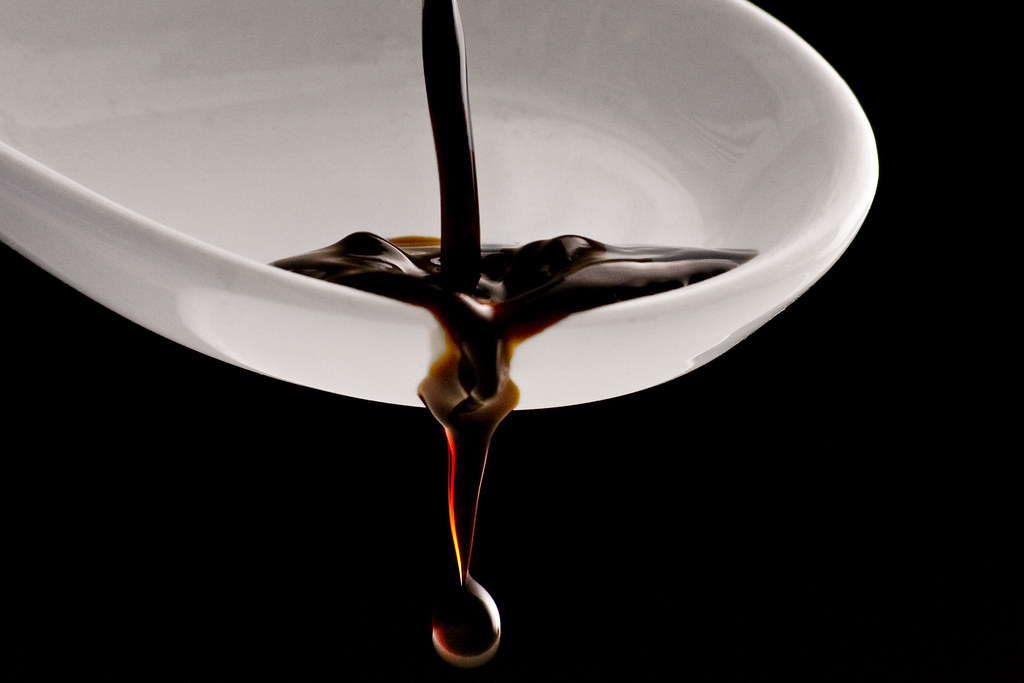 This specific product is obtained exclusively from grape musts from vines grown in the traditional areas of the province of Modena. In particular, only the following grapes can be used for this purpose: Lambrusco, Ancellotta, Trebbiano, Sauvignon, Sgavetta, Berzemino, and other DOC vines from the province of Modena. The cooking phase must take place immediately after that of pressing the grapes.

The must is cooked at a temperature of 30 ° for about 12-24 hours in open containers. Once cooked, the must is ready for the most important phase, which is also the longest and most delicate one: aging. In order for Traditional Balsamic Vinegar of Modena PDO to be qualified as such, an aging process of no less than 12 years is required. During this period of time, the balsamic vinegar is aged (without adding additives) in the vinegar cellar. During the 12 years of aging, the vinegar undergoes several decanting starting from the largest barrel to the smallest: this is the method by which it is concentrated and refined until the necessary organoleptic characteristics are achieved. Traditional Balsamic Vinegar of Modena PDO must meet certain standards in terms of color, density, aroma, and flavor.

Only after the proper verification of these requirements will the vinegar be able to boast prestigious recognition and enter the market. The procedure described is also the basis for the production of Traditional Balsamic Vinegar of Modena Dop ExtraVecchio. In this case, however, the aging period must exceed 25 years. Once the aging process is over, what we could define as the moment of truth follows.

This is where a special tasting commission comes into play which, with the utmost care, is responsible for verifying the consistency of the vinegar with the characteristics required by the specification.

Balsamic Vinegar of Modena PGI is produced in the territories of the province of Modena and, although the name does not suggest it, also in those of the province of Reggio Emilia. It is a vinegar of lower quality than the one just described. More widespread, cheaper, but also less pure. As stated in the regulations governing its production, the cooked grape must, from which the classic sweet and sour taste and the velvety density of balsamic vinegar derive, is mixed with wine vinegar and caramel.

These substances, admitted within certain limits, make it acidic and deplete it from the point of view of aroma and flavor. The less they are used, the higher the quality of the Balsamic Vinegar of Modena PGI. The aging times are decidedly contained. A normal (not aged) vinegar must exceed a period of 60 days. To obtain the term “aged”, the minimum period is 3 years. A real trifle compared to the “biblical times” of Traditional Balsamic Vinegar. But, even in this case, the placing on the market is subject to the severe judgment of the Tasting Commission, which will assess its consistency with the standards required by the specification. What are these standards?

The specification speaks clearly and requires, first of all, clear vinegar with a brown and intense color. The smell must be pleasantly acetic, the flavor, on the other hand, sweet and sour and balanced. Although it is not obtained exclusively from cooked grape must, the Balsamic Vinegar of Modena PGI remains a quality product, capable of giving your dishes and recipes that pleasant fragrance that only great condiments can offer.