Balsamic Vinegar is now used as a condiment for salads but also on meat, fish and cheeses (it is used also with Parmigiano-Reggiano).  But not many know where it originates from. Balsamic vinegar history dates back to ancient times: Romans used cooked grape must as a medicine, sweetener and seasoning. 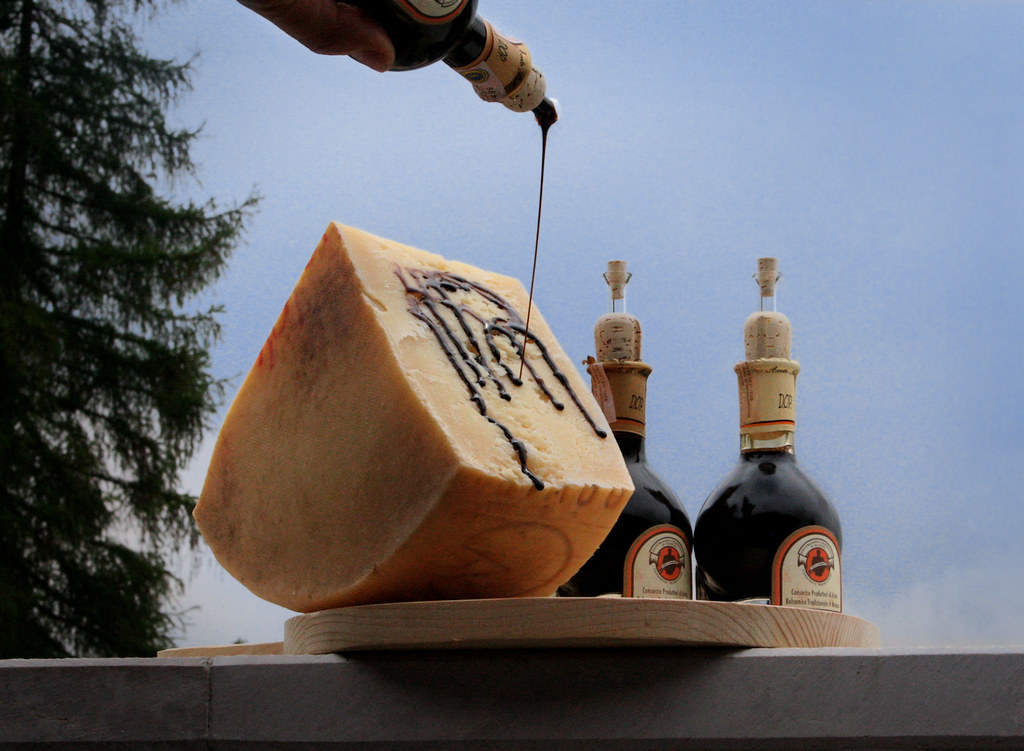 The birth of this “black gold” was probably accidental, but in a short time its characteristics made it such a noble product that, in 1046, the future emperor of the Holy Roman Empire, King Henry III, asked the marquis Bonifacio of Canossa – father of Matilde, one of the most important figures of the Italian Middle Ages – to make that “perfect vinegar” in his fortress. At the end of 1200, the art of vinegar production was cultivated at the Este Court in Modena: the term “balsamic” appeared for the first time in 1747 in the registers of the cellars of the Dukes of Este. In the little city of Spilamberto, near Modena, you can also find a special Museum. In the second half of the 19th century, the provinces of Emilia became part of the newborn Kingdom of Italy and the Balsamic Vinegar of Modena was the protagonist of the most important national and international exhibitions. Alongside the aristocratic tradition, peasant families started getting the habit of diluting the product with wine vinegar to obtain a lighter dressing…And that’s how the Balsamic Vinegar of Modena PGI was born.

During the visit of the new sovereign, the prime minister of the kingdom Camillo Benso count of Cavour ordered to transfer the best barrels to Piedmont, where, far from the climate of his lands, the Balsamic vinegar began to perish. Trying to save it, the Piedmontese winemaker Ottavio Ottavi asked Francesco Agazzotti (a connoisseur and local producer) for information, who replied with a detailed letter that became the methodological basis for the production of Traditional Balsamic Vinegar of Modena.

Lastly, the second half of the twentieth century opened a new chapter for the balsamic vinegar which, in 1983, obtained the denomination of origin “Traditional Balsamic Vinegar of Modena”, an acknowledgment that, in 2000, consolidated with the conquest of the Protected Designation of Origin (PDO). Then, in 2009, the European Union accepted the registration application submitted fifteen years earlier by a newborn Balsamic Vinegar of Modena Consortium.