Many types of pasta exist and today we are going to talk about tagliatelle! 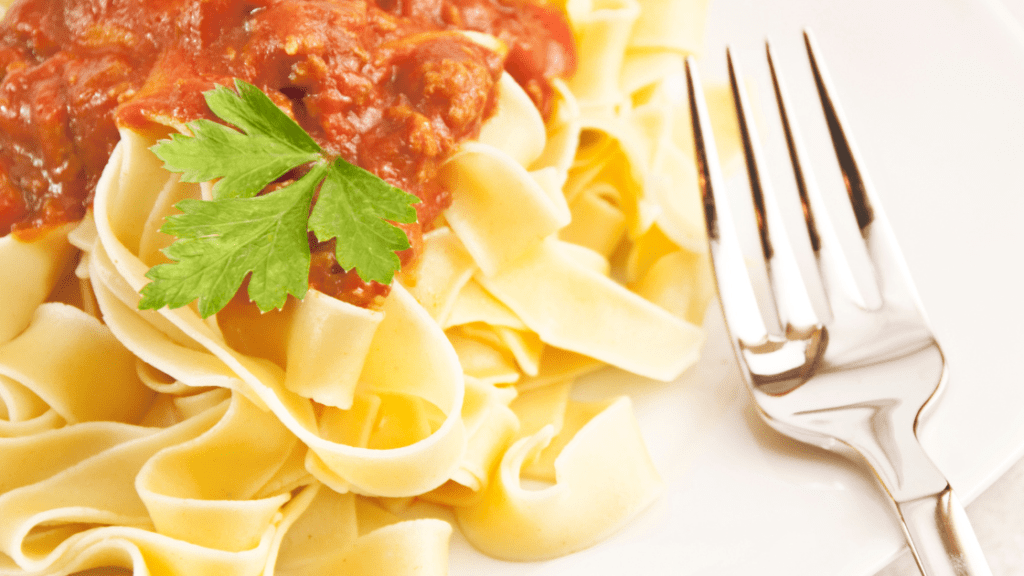 According to legend, tagliatelle was invented in 1487 by Mastro Zafirano, on the occasion of the marriage of Lucrezia Borgia with the Duke of Ferrara. Allegedly the cook was inspired by the bride’s beautiful blonde hair to wax this new fresh pasta.

This is not for sure but what is certain is that in the old Emilia they were the so-called “sfogline”, and ladies were totally dedicated to the preparation of the dough and the pastry, to create tasty fresh pasta dishes, including lasagna, tortellini, and pappardelle.

The ingredients for the basic dough are soft wheat flour and fresh eggs at room temperature, following the traditional rule of putting one egg per 100 g of flour. The flour is placed in a heap on the pastry board, in the center of which a hollow is made with the fist. The eggs are broken inside the hollow and the flour kneaded, bringing it towards the center a little at a time, until everything is well blended and a smooth and elastic but fairly dry dough is obtained. The dough is left to rest, covered with a rag, for no less than half an hour, so that the flour can agglutinate. The dough is then skillfully rolled out with a rolling pin until a thin sheet of about 1 mm or less is rolled out. At this point, the dough is left to dry for a few minutes. Once dry, it is gently rolled up on itself and cut into slices 6-8 millimeters wide. Finally, the noodles thus produced are spread out on a floured surface and rolled into a “nest”, leaving them to dry for a few hours before cooking.

Tagliatelle is also often associated with ragù, very widespread in Italy, although the scepter belongs to the Bolognese. The term ragù derives from the French “ragout”, which means to awaken, renew, in this case, the appetite. 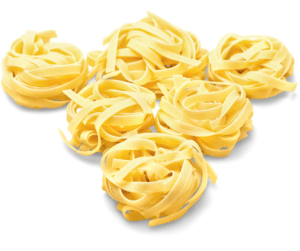 The ragù is generally a stew, of meat and vegetables in small pieces, cooked slowly over low heat. Lynne Rossetto Kasper, an expert scholar of the origins of Italian cuisine, says that Bolognese sauce spread in the sixteenth century, in the courts of the ancient noble families, also because at the time meat was a food strictly reserved for the lower classes. But tagliatelle can be seasoned in many other ways, with vegetables like mushrooms (check the recipe), zucchini or fish like shrimps! All it takes is a bit of creativity and the right kind of Italian quality pasta.