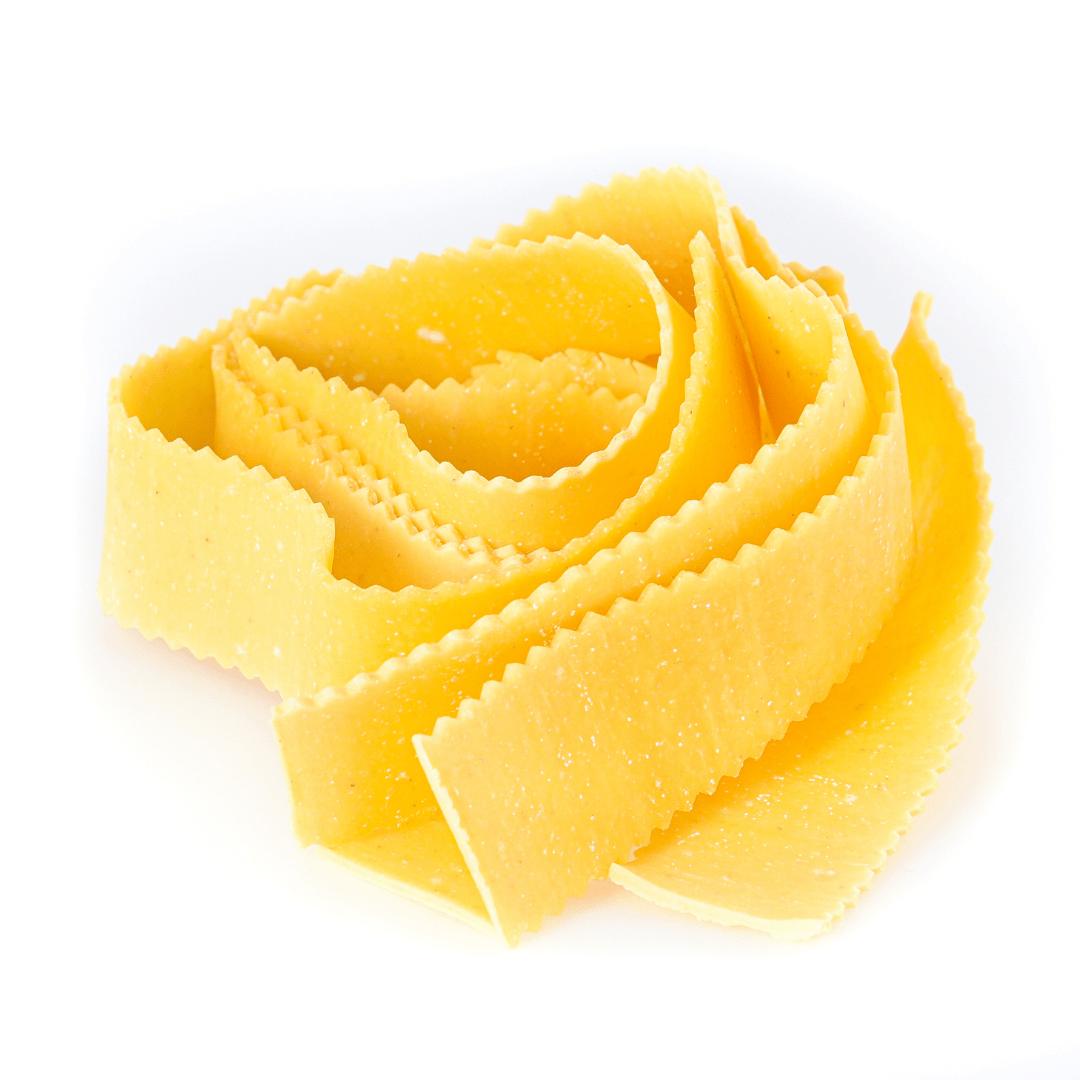 Pappardelle are a type of pasta of the Tuscan homemade tradition, made of a mixture of flour, eggs and salt combined with art to form wide strips, rustic and rough to the touch. This egg pasta, very similar to tagliatelle in shape and practically the same in the dough, differs for its greater width: while the tagliatelle are a few millimeters wide (from 4 to 10), the pappardelle can vary from 2 to 3 cm .

A considerable size therefore, which makes them very recognizable compared to other similar egg pasta such as fettuccine (3-5 mm wide) or the finer tagliolini (about 2 mm).

Although the pappardelle are influenced by the nearby Emilian territory, they are typical products of the Tuscan tradition. The thick pasta with a rough surface was, in fact, prepared in the countryside of the central-northern countries of Italy. The dough was prepared with semolina or chestnut flour.

In contrast to the modern tradition, the pappardelle orginal recipe did not include the addition of eggs. The dough and the processing of the puff pastry are the strengths of this pasta format.

The basic ingredients are flour, salt and, if desired, eggs. The elaboration of these simple ingredients allows to obtain a dough that is rustic and rough to the touch. Typical of the Tuscan home-made tradition, the product that emerges is perfect to be associated with full-bodied condiments such as sauces based on hare, wild boar and mushrooms. 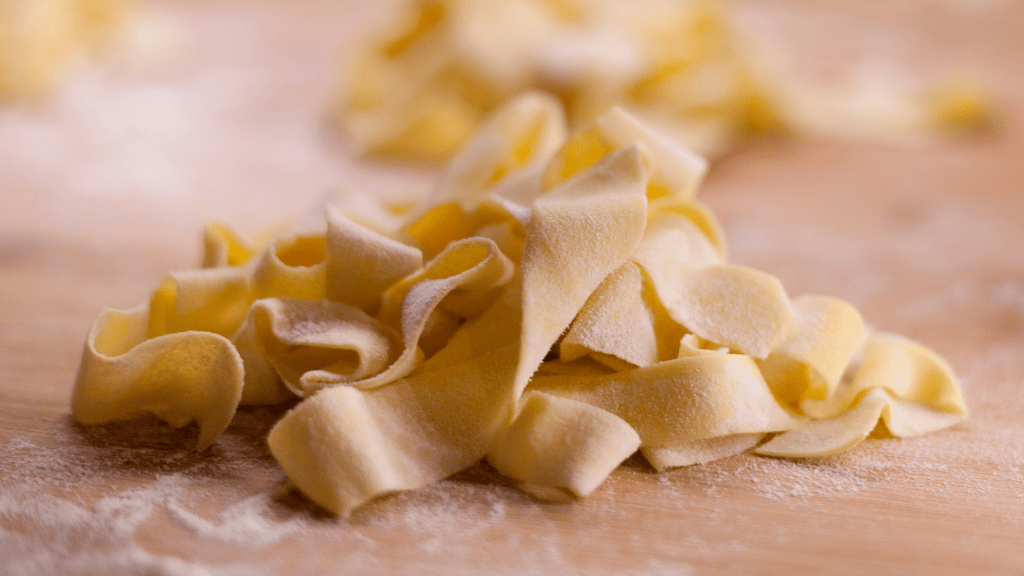 Pappardelle pasta, the origin of the name

The name pappardelle derives from the Latin verb ‘pappare’, that is to eat, an onomatopoeic word still in use in Tuscan jargon to indicate an almost childlike pleasure of consuming food with curiosity and ample satisfaction and which, according to some, would lead to believe that this fresh pasta shape was born in the land of Dante and Petrarch.

The name also suggests that the best combinations for full-bodied and robust pasta are represented by elaborate and very tasty sauces. Pappardelle are usually combined with very rich sauces.