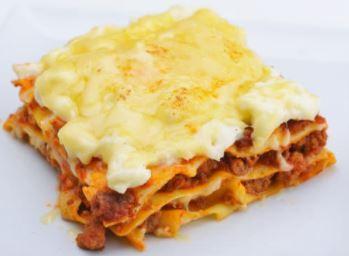 Lasagne pasta is one of the many types of pasta that are loved all over the world. It is a typical first course of Emilian gastronomy, a recipe known and appreciated throughout Italy with a reputation that has long since crossed national borders.

Lasagna is also the Italian Sunday dish par excellence, a tasty mix of puff pastry with egg, meat sauce, béchamel and Parmesan cheese, an inviting and appetizing dish that will make evereyone happy.

Lasagne pasta was already known in Roman times. The Greek term “laganon” and the Latin “laganum” indicated square or rectangular sheets, made from a mixture of wheat flour, cooked in the oven or on the fire and stuffed with meat. To see the appearance of the cheese it would be necessary to wait until the 14th century. As a matter of fact, only during the Middle Ages we are able to find cookbooks in which their modern recipe begins to take shape.

The paternity of the lasagna is not entirely Emilian tho, in fact the appearance of the cheese in the recipe can be found in a recipe book of the Angevin Court of Naples. However, it will be only a few Bolognese restaurateurs who deposited the original recipe in the early 1900s. Finally, in 2003, the Italian Academy of Cuisine deposited the Bolognese lasagna recipe with the Bologna Chamber of Commerce.

That’s how the perfect recipe was created: fresh egg pasta sheet, meat sauce and bechamel. From the union of these three ingredients one of the most famous and loved dishes of Italian cuisine was born, lasagna. 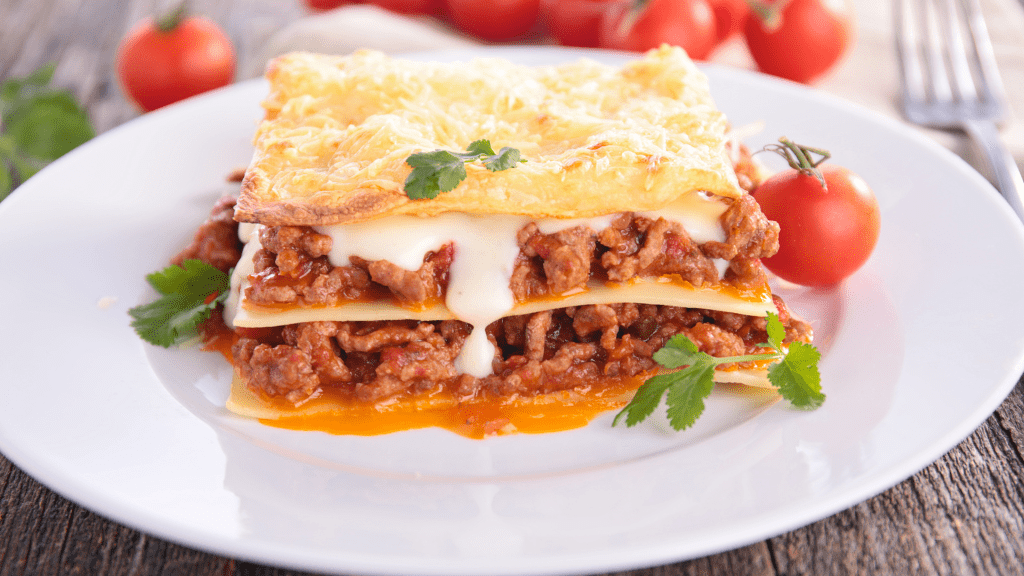 Did you know that the original recipe for Bolognese lasagna requires egg pasta to be green? Yes, you read right! To obtain this color, spinach is combined during the preparation of normal egg puff pastry. The mixing of the spinach will release its typical green color when kneading, creating  a beautiful and super tasty pasta sheet of a green color. To add a touch of green you could also use pesto, as we showed you in this recipe.