Pizzoccheri Pasta are a type of pasta which is very fresh and its shape is made with a mixture of buckwheat flour, strong flour and water.The history of pizzoccheri takes us to Valtellina, to be precise to Teglio, a splendid village in the province of Sondrio. Teglio is known and renowned precisely because it boasts the cultivation of buckwheat.  Although they were once made exclusively by hand, today you can find pizzoccheri in all grocery stores, in the form of dried pasta already wrapped and ready to cook. 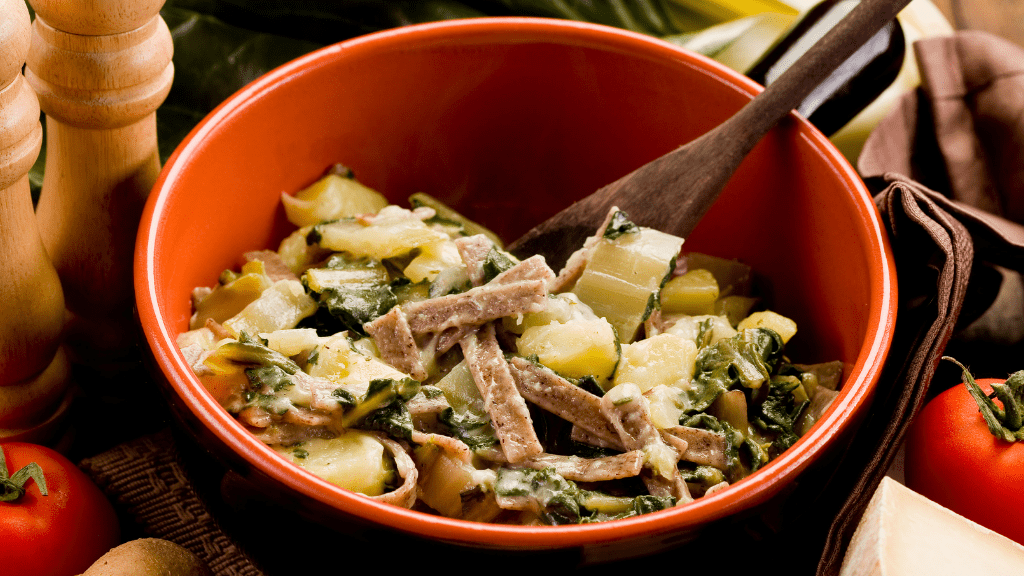 Many people, in fact, due to gluten intolerance or allergy, find themselves having to give up this much loved dish. For years the market has also offered a decent range of gluten-free products, suitable for all those who suffer from this type of intolerance or allergy, which is expanding more and more. Among the dozens of these products we also find gluten free pasta, usually made of corn and / or rice. For some decades, however, thanks to the rediscovery of buckwheat, it is also possible to find different types of pasta made from this precious pseudo-cereal.

This dish that appeared only on the tables of the wealthiest farmers. This recipe included: buckwheat noodles – with some white flour – cooked in plenty of salted water, inside which were inserted potatoes, cabbage or ribs or chopped green beans. Once cooked, the pizzoccheri were drained with a particular hollowed ladle, called cazafuràda, and seasoned with two types of flaked cheese, one leaner and one more seasoned semi-fat. Everything was seasoned with lard and garlic.

Then came the two World Wars, which brought misery, desolation and malnutrition, in particular for the less affluent classes of the Valtellina. With the liberation and subsequent improvements in economic conditions, it was possible to witness a change of perspective: pizzocchero in fact became an expression of the gastronomic tradition and local culinary identity. Pizzoccheri are still the Valtellinese dish par excellence that already in the twentieth century served as a gastronomic attraction, able to attract the best forks in the country. We also wrote a blog post on pizzoccheri recipe.