Gnocchi the History Behind it

Many think that gnocchi are an all-Italian invention, but in reality the origin of this fantastic first course is uncertain and lost in history. To make things more difficult, there is a small problem: in every region of Italy (and in every part of the world) this specialty takes on different names, different ingredients, different condiments and different shapes. So how can you give a thread to all this and explain the origin of the gnocchi? Difficult, but we tried. 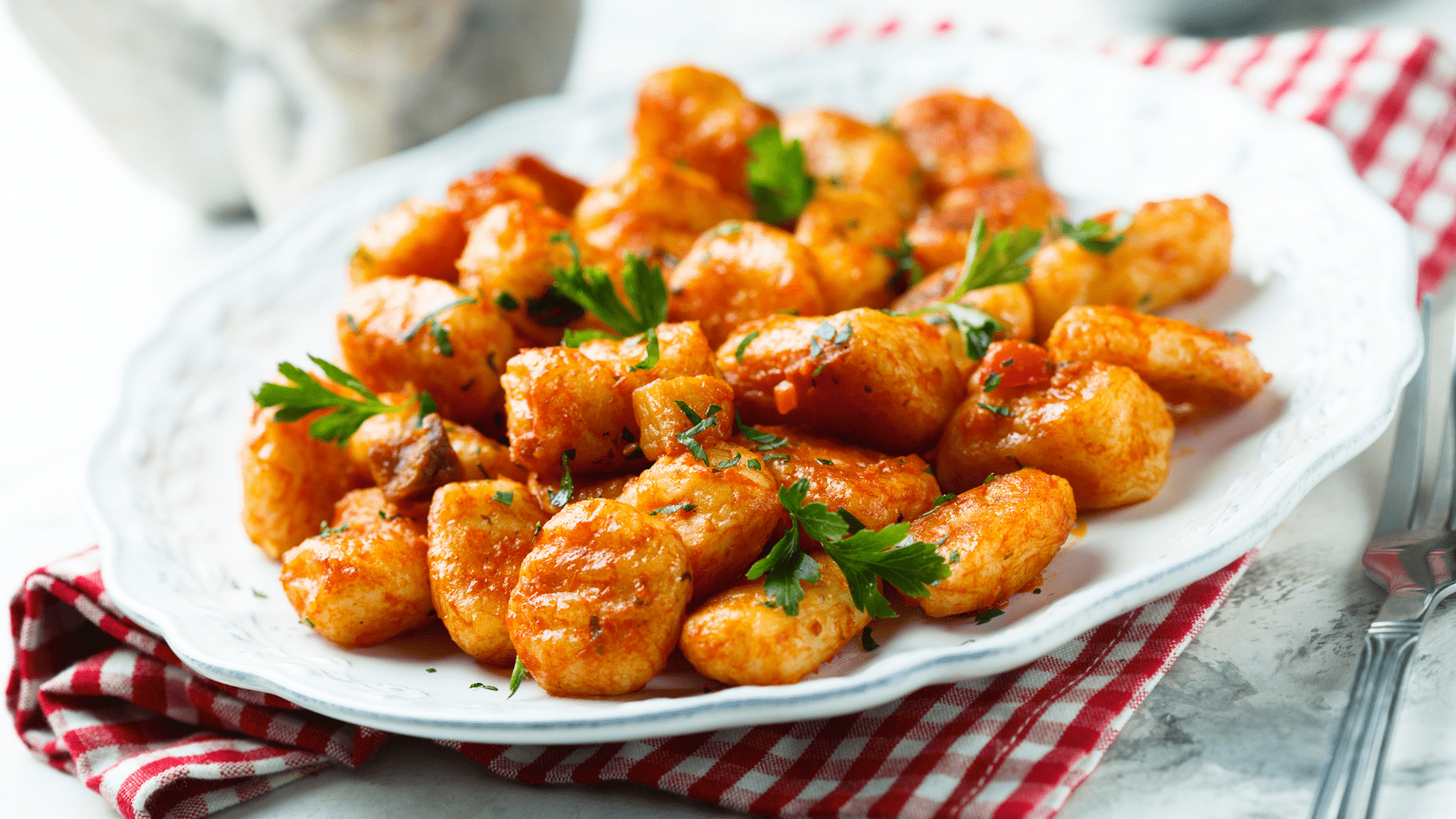 Who invented the gnocchi?

Difficult to say, but we have various information on the origin of the gnocchi. However, you should not think about the classic potato gnocchi, as this tuber will only arrive in our territory with the discovery of America and will only begin to be used many decades later.

So how were the first gnocchi made?

Well, the first recipe of this specialty comes to us from the second half of the 16th century, when two of the greatest chefs of the Renaissance described how to make this first course with flour, breadcrumbs, boiling water and eggs. For many years this will be the most popular recipe, but then we come to 1790 when we find the recipe for “German gnocchi”, where breadcrumbs, milk, rice (only in some cases), butter and spices are added in the preparation.

Also at the end of the 1700s we also find another recipe, that of water gnoccchi, which is very reminiscent of the one used to make beignets pasta. These gnocchi were in fact prepared using a polenta based on water (or milk), butter, flour, whole eggs and egg yolks. It is also in these years that the gnocchi we more or less know today began to spread, made in most cases with potatoes, water and flour.

However, this recipe will not remain widespread until the early 1900s. And we finally come to today, years in which potato gnocchi are the most accomplished and consumed recipe. It has also evolved over the years, so much so that we find some very interesting variations in the classic dough, such as the addition of pumpkin, beetroot, spinach … in short, so on and so forth!