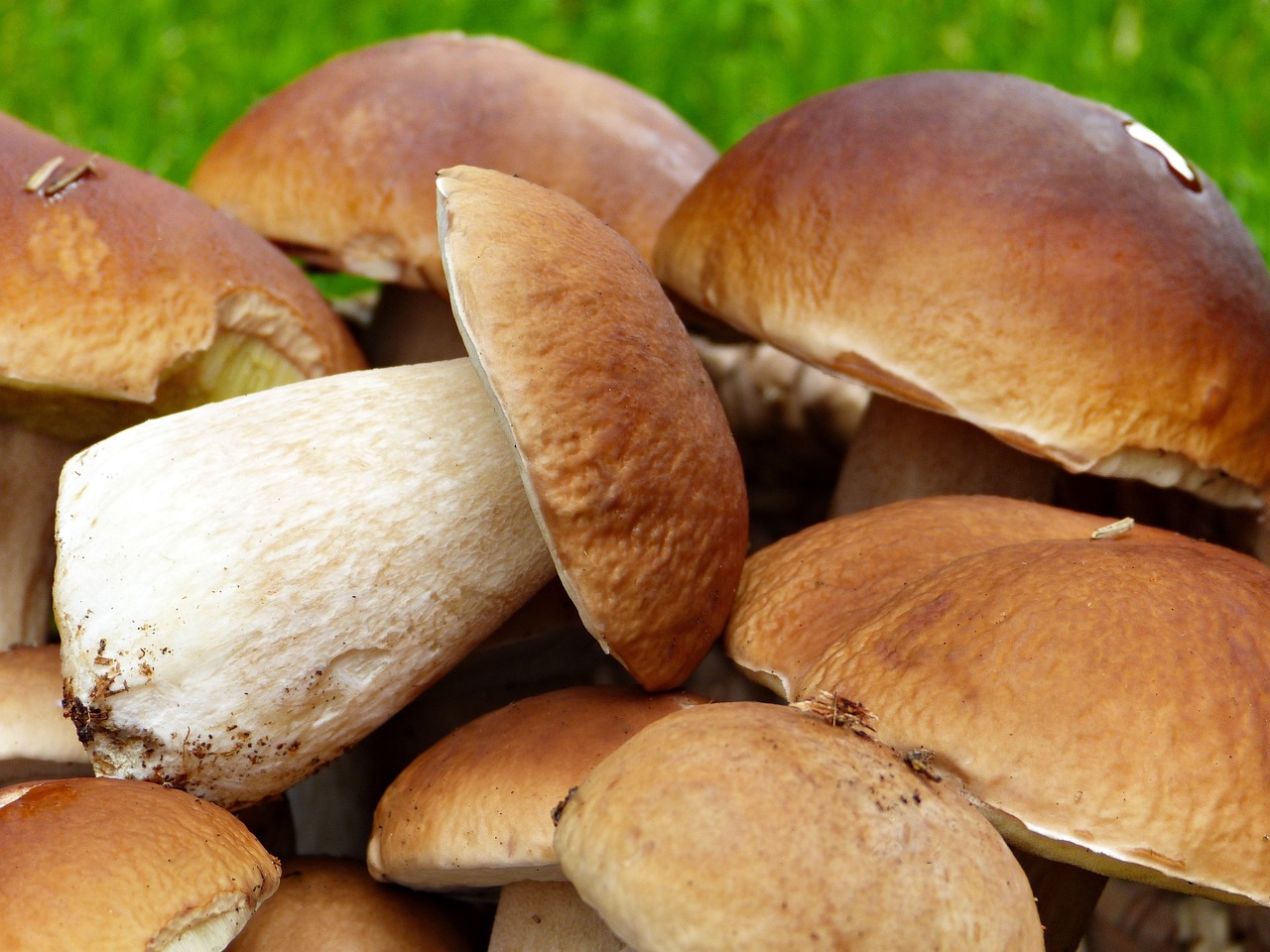 Italy is a land of mushrooms. A lot of North of Italy mushrooms come from the Alps to the Apennines, where mushroom hunters who, armed with baskets and badges for the authorization of the collection, set out in the woods.
The porcino continues to be the most coveted product, but there are many endemic species that are equally tasty.

La Thuile is the westernmost town in the Aosta Valley and has woods rich in porcini and chanterelles.

In the hinterland of Tigullio, in addition to enjoying splendid views of the Ligurian Gulf, you can enter the Aveto Park where the Lame lakes create perfect wet habitats for Calocybe Gambosa, better known as dogfish, a gem for connoisseurs because it is small and rare , which is eaten stewed or in oil. In the Canavese area, in Cossano in particular, everyone is waiting for the “bulè” season, (in Piedmont, the term is used to identify edible mushrooms in general, although in this area it almost always refers to porcini) which is woods of chestnut and oak trees at an altitude of 400 meters.

On the Paganella plateau, in Trentino, and all around the shores of Lake Molveno, the forests are full of porcini mushrooms, field mushrooms.
Where Alto Adige and Trentino meet, people also go around for mushrooms, in particular in Rumo, Predaia and Cles. The hotels in the area, in their all-inclusive packages, include collection permits.

Emilia Romagna is a land known for mushrooming, to the point that there is a real Porcini Mushroom Road, in Borgotaro in the upper Val Taro – Parma Apennines – where the fungus boasts the IGP brand.

The assault for these north of Italy mushrooms is such that special reserves have been set up for harvesting since the 1960s. Also in Cerreto Laghi, in the Tuscan-Emilian Apennines National Park, there is the World Mushroom Championship where, instead of marathon runners, there are mushroom hunters who adopt techniques and tactics of misdirection to finish first. Here the competition is also used to raise awareness of the beauty of the woods and enforce the ecosystem, so much so that the Park, two years ago, received Unesco recognition as a biosphere reserve rum sticks and chanterelles.