The Fabriano salami, is one of the noblest products of the Marche pork-butchery and has an ancient tradition and prestige. It is produced by very few artisans but the average quality is excellent. This Slow Food association wants to convince some other small breeders to increase the cattle in the barn, to raise them with natural food, respecting animal welfare. 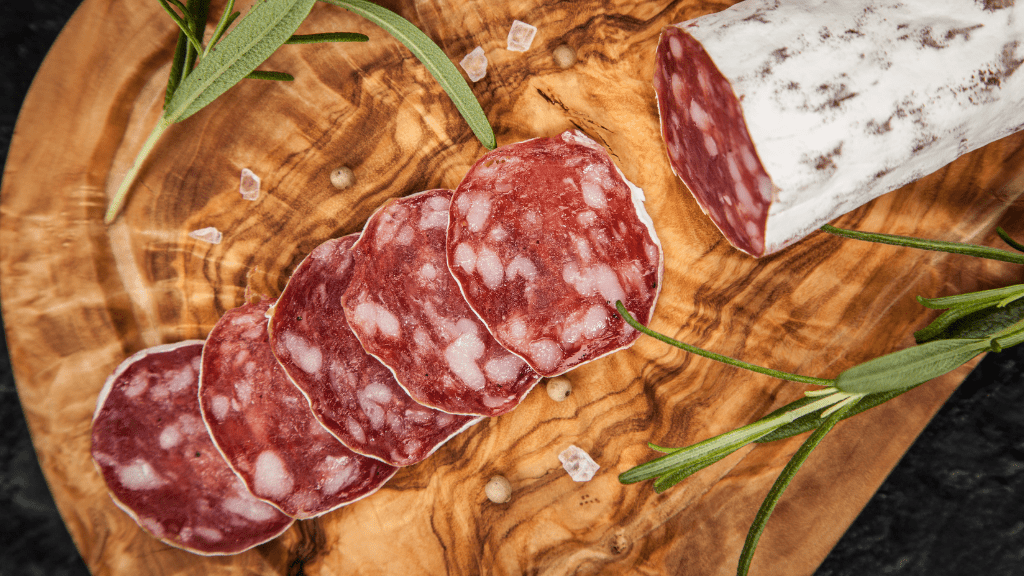 This salmi also falls within the type of larded salami, is already reflected in the mercury of the Chamber of Commerce of the seventeenth and eighteenth centuries which even attributed a higher value to that of ham.

The origins of the product are lost in the mists of time, but the date of April 22, 1881 is a fixed point that testifies to its notoriety: on that date Giuseppe Garibaldi wrote a letter to thank his friend Benigno Bigonzetti for the precious Fabriano salami received.

The first stage of processing consists of cutting the lard (only the back, the best) into cubes and preparing the noble parts of the pig (leg and shoulder), which are also cut and then minced. The lean mixture and lardons are flavored with salt, ground pepper and peppercorns. Everything is then aged in the gentle casing, the most suitable for its seasoning. Produced from the end of September to the beginning of May, the product must mature for at least two months in ventilated cellars and attics (the temperature-controlled seasoning cells would distort its organoleptic qualities), but it can also mature for five or six months. Covered in a dark brown mold, it is hard and rough to the touch.

The meat is compact, dark red in color, with white lardons and a fine grain.