Aquilian saffron is the best in the world…That’s also because saffron has origins from the island of Crete and has spread throughout the East, in fact, the development in Abruzzo has something casual and miraculous. In the fourteenth century the Abruzzese monk Santucci, expert and passionate about agriculture, took part in the court of the Holy Inquisition (of which he was a member) in Toledo (Spain), returning to Italy he brought with him, hidden in an umbrella, the bulbs of this precious plant. 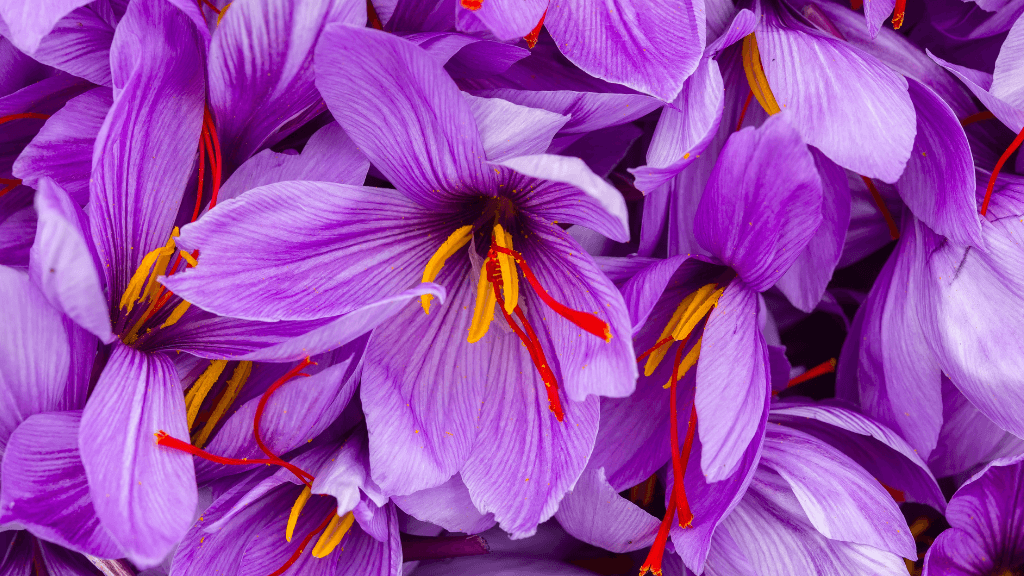 The Cultivation of Saffron

The plant at the base of the cultivation is the Crocus sativus (Iridaceae family) which produces flowers with 6 petals with an intense violet color. Saffron is a sterile plant, however, capable of generating other fertile seeds that can be extracted and re-sown with the help of man. But let’s see in detail what makes this spice grown in Abruzzo unique. First of all the climatic conditions. The plateau enjoys dry but not dry summers and rainy but not excessively cold springs; moreover the ground is rich in minerals and the slope avoids the stagnation of water and humidity.

The second fundamental aspect is the cultivation technique and process handed down from generation to generation. The system is much more complex and laborious than other methods used to grow the spice. The stages of the process are as follows: Spring, the fields are plowed to a depth of 30 centimeters and fertilized exclusively with manure, any form of fertilizer is absolutely forbidden. Each year the land rotates and is never sown in the same spot for two years in a row. July / August, the bulbs of the previous flowering are unearthed which in the meantime have generated new ones.

The procedure is done by hand with great care and delicacy, the extracted bulbs are cleaned and “stripped” of the residues of the old and analyzed individually to verify their good condition and the appropriate size (only the best is kept). The bulbs are then transplanted into furrows (called “porche”) in the soil prepared in spring, arranging them in rows in contact or in pairs. Each bulb produces 3 or 4 flowers. October, in the second fortnight of October comes the most awaited phase, that of the harvest.

The operation takes place at dawn to avoid the opening of the flowers, which are collected individually by expert hands, no form of automation is possible. The next step is called “touching”, the process in which the heart of the flower is extracted: the 3 red stigmas!

The bulbs sown in the l’Aquila plateau found the ideal conditions, in terms of climate and soil, and combined with the elaborate working process they resulted in the “Ferrari” of saffron. Aquilian saffron has a delicate taste on the palate and smell, a unique balance of aromas that make it the most sought-after spice by great chefs. In 2005, was the year in which the European Community recognized the “Aquila Saffron” Protected Designation of Origin and its categorization as a superior category.