Grana Padano DOP is a hard, cooked and slow-maturing cheese, made with cow’s milk from cows milked no more than twice a day and fed with green or preserved forage from the production area. This year marks the 70th anniversary of this world-famous Italian cheese. But what is its name’s origin? 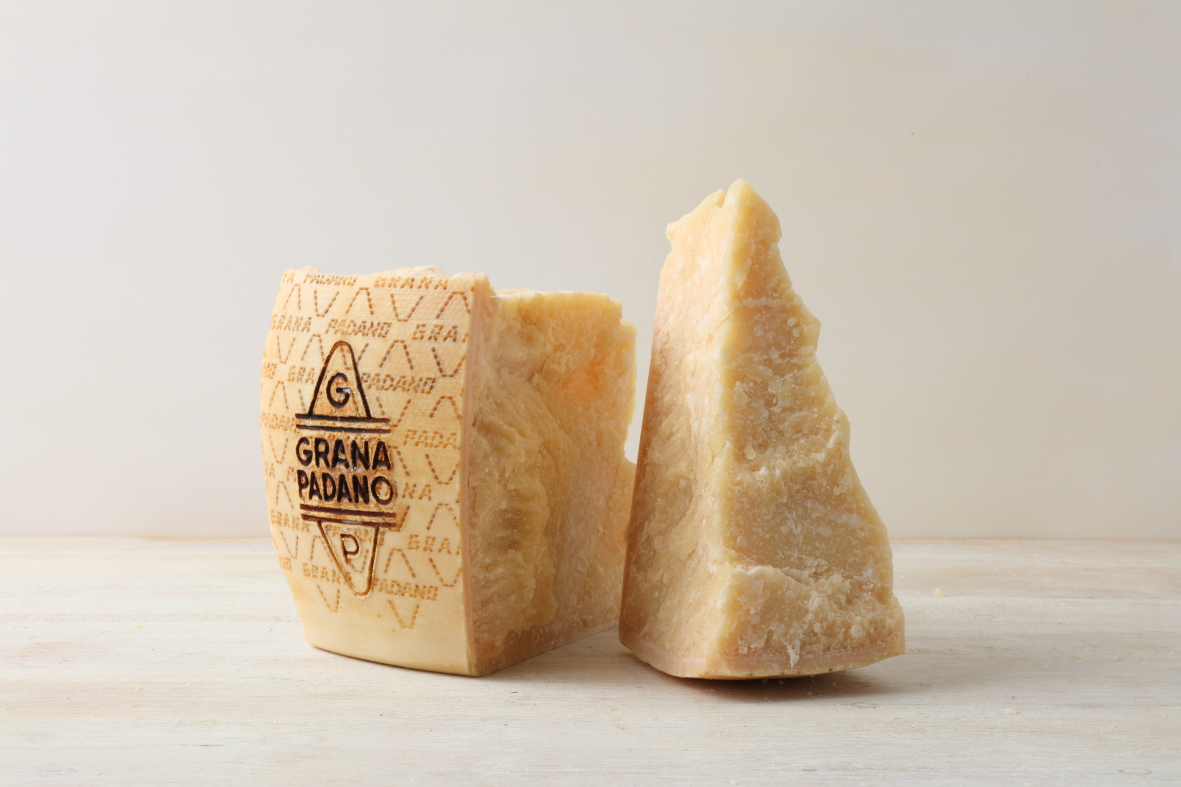 Seventy years ago, in June 1951 a convention was signed in Stresa by technicians and dairy operators from different parts of Europe that established precise rules on the denomination of cheeses and indications on their characteristics. The agreement also established the distinction in terms of production areas and disciplinary regulations between “Grana Lodigiano” cheese, which would later become Grana Padano, and Parmigiano Reggiano.

Few years later, in April of 1954, the Stresa convention had been implemented by Italy through a law concerning the protection of the designations of origin and typical of cheeses which contained within it the rules regarding the establishment of voluntary consortia to protect the designations of origin and typical cheeses. And on June of that same year, the Consortium for the protection of Grana Padano DOP cheese was established on the initiative of the Federlatte and Assolatte trade associations, in which producers, traders and seasoners participated.

From that moment on, Grana Padano DOP has been a certified cheese and a staple in Italy’s traditions…to this day is appreciated and exported all over the world.

So, what are you waiting for… order and taste!