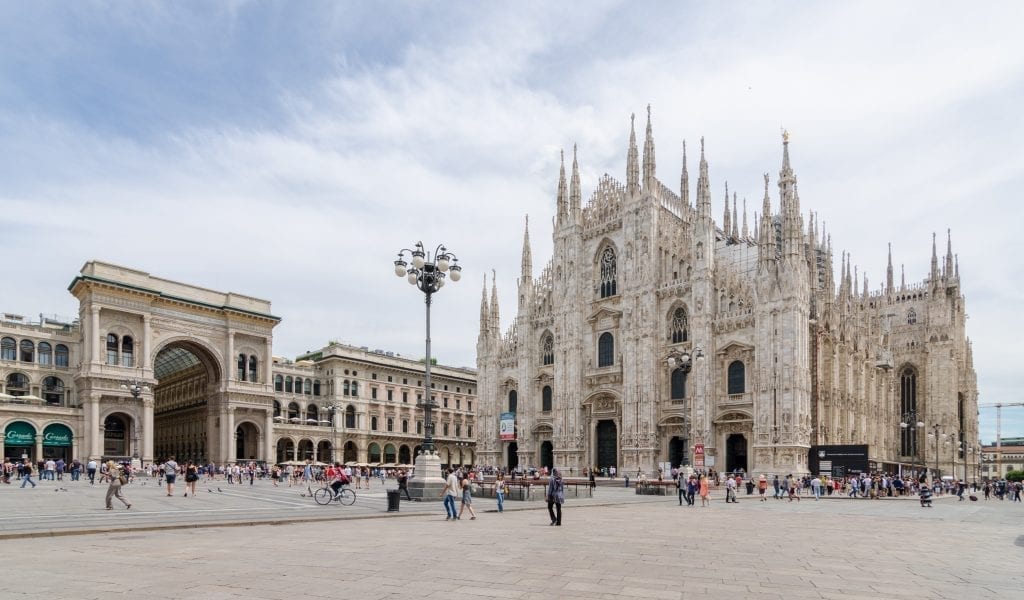 Milan is the capital of the Lombardy region, in northern Italy.
The origins of Milan date back to the 6th century when a Celtic population decided to lay the foundations of their own kingdom. In 222 BC it was conquered by the Roman people. With the passing centuries, the city became more important, both for its artistic beauty and for trade with other cities, in fact, it is in a strategic position in the center of northern Italy. Later, it became the capital of the Roman Empire of the West.
During the time of the struggles for the autonomy of the cities against the Emperor in the communal age, it became the first lordship to become a duchy until the end of the 14th century, remaining the main center of the political and cultural life of Renaissance Italy. At the beginning of the sixteenth century, independence fell under the power of the Spanish Empire, then passed two centuries later under the Austrian crown. During Hapsburg power, Milan became the main cultural and political center of Italian Enlightenment. It also became the capital of the Kingdom of Italy during Napoleonic power, becoming one of the most active centers of resurgence until it was annexed to the Kingdom of Italy.
Milan has always been the main economic, industrial and financial center of the peninsula, forming during the years of the economic boom the “Industrial Triangle” with the cities of Turin and Genoa. In these years, Milan has experienced extensive urban development involving the neighboring cities, creating the vast metropolitan area of Milan.
The city is also important from a cultural and artistic point of view and is rich in art museums and architectural works worthy of note. It is also the main Italian publishing center and world music circuit thanks to the opera season of Teatro Alla Scala and its long tradition of opera.
Milan is also renowned for its renown among the major European fairgrounds and is important from the point of view of industrial design (Design Week) and is considered one of the four world fashion capitals in which it compares during the Fashion Week with City of the caliber of London, Paris and New York.

Milan is also known for its culinary tradition, infused with the traditions of the many rulers who have longed to live in the city. Among the main products and recipes there are: