Tagliolini (also named Tajarin) are one of many fresh egg types of pasta from the Piedmontese culinary tradition widespread especially in the Langhe area. Long, thin, and of a deep yellow color due to the presence of abundant yolk, tagliolini are eaten with rich meat-based condiments (such as roast sauce) or flavored with butter, cheese and a few slices of truffles. 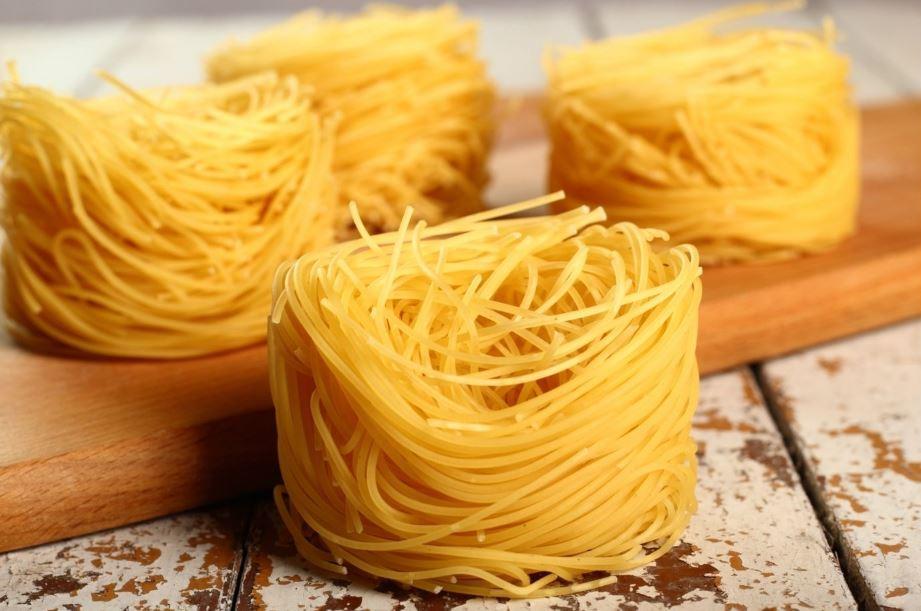 Tagliolini are born in the kitchens of the Langhe and Monferrato farmhouses and have spread throughout Piedmont since the fifteenth century. Initially they were consumed mainly on holidays, on Sundays or for important occasions, also because the large number of egg yolks provided by the recipe make it a dish that is heavy to digest.

Based on the tradition this type of pasta is should be consumed with typical local condiments, such as the bedside table, a Langhe ragout based on lard, sage, rosemary and courtyard giblets (poultry and rabbit livers, crests, kidneys, hearts), which takes at least 2 hours its optimal cooking. But they can also be enjoyed with Bra sausage, with truffles, or soaked in savory sauces such as the exquisite roast sauce and the one based on bacon, onion and red wine that is eaten in the Cuneo area.

To prepare tagliolini combine wheat flour, eggs and salt. But be careful: due to the high number of egg yolks, the dough obtained is firm and particularly elastic, and trained arms are needed to work it.

Do not add water or egg white to facilitate processing, only (but not necessarily) olive oil. When the dough is smooth and chewy, it is left to rest, wrapped in a damp cloth, for about 2 hours, after which it can be rolled out with a rolling pin. The sheet must be very thin, less than a millimeter, and not too wet, otherwise it risks sticking: this is the most delicate moment. After about ten minutes, sprinkle the dough with coarser-grained flour (such as corn) and proceed with rolling: the dough wraps around itself with delicate but decisive movements in order to obtain a long sausage well compressed from which, with a very sharp knife, slices no more than 3 mm thick are quickly cut, which once dissolved will become long tajarin.

Before throwing them in salted boiling water, they should be dried well distributed on a tray. Do not exceed 2-3 minutes of cooking, also to preserve the characteristic crunchiness of this egg pasta.

After you’re done, you can season it with pasta sauces, pepper, cheese or truffle…Have fun and be creative with it!