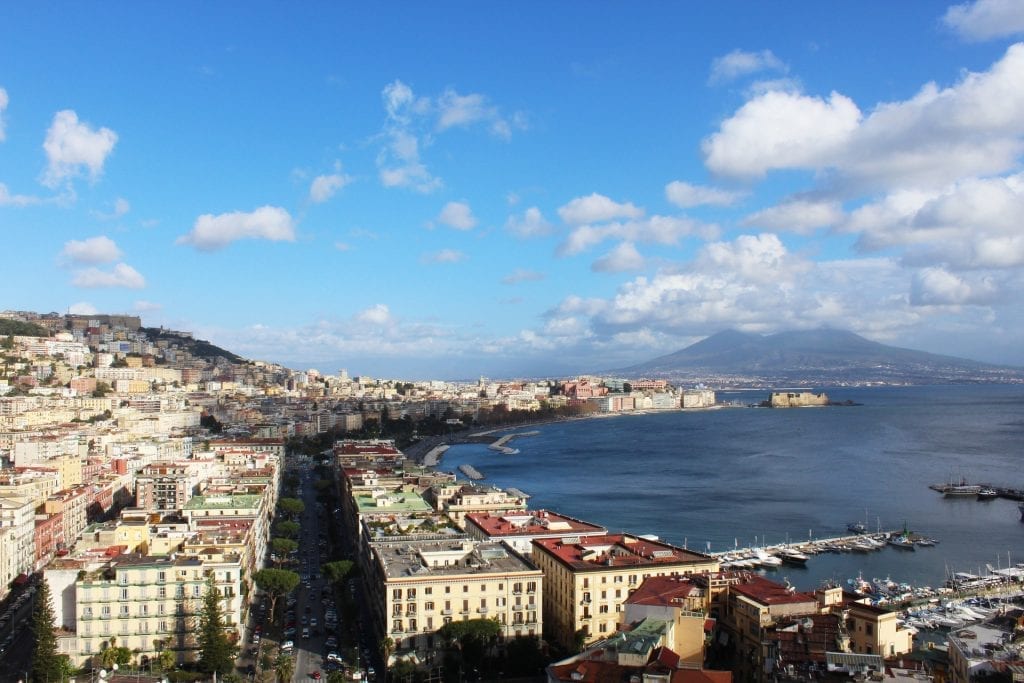 Naples is the capital of the Campania region, in the south of Italy.

The history of Naples is rich in important historical events but is considered one of the most influential cities of the West for cultural, political, economic, religious and social reasons. Its origins date back to the eighth century BC, and during the period of greatest splendor of the Magna Graecia, it was among the most important cities, thanks to the close relationship with Athens. After the collapse of the Roman Empire, the city decided to create an autonomous duchy, breaking away from the rule of the Byzantine Empire; becoming, from the XIII century, the capital of the Kingdom of Naples for about 600 years; during the Restoration, however, it became the capital of the Kingdom of the Two Sicilies until the Unification of Italy.
In Naples, in its artistic golden years, were established:
• Federico II, the oldest state university in Europe
• the Orientale, the oldest university of Sinological and Oriental studies in Italy
• the Nunziatella, one of the oldest military academies in the world

Naples is an important city for many factors: history; naturalistic and landscape heritage; religious, military and civil architecture; folk music; the figurative arts, with new and picturesque architectural and pictorial movements; theater and culinary tradition characterized by recipes that over the years have become global icons, such as the Neapolitan pizza, declared by UNESCO as an intangible heritage of humanity.

The Neapolitan culinary tradition has very ancient origins dating back to the Greco-Roman period and, with the passing of the years, has undergone variations due to the influence of the different cultures that followed each other during the periods of domination. earthy dishes based on pasta, vegetables, dairy products and seafood dishes with fish and shellfish typical of the area.
Among the products and the most famous and well-known recipes of Neapolitan cuisine we find:
• Mozzarella di Bufala, recognized as an Italian PDO product
• Margherita Pizza, known all over the world
• the Sammarzano D.O.P. Tomato
• Friarielli, are turnip greens that are usually fried with garlic, oil, and chili to accompany the sausage
• spaghetti with garlic, oil and hot peppers
• The macaroni omelet prepared by mixing the cooked pasta with beaten egg and cheese
• Spaghetti with clams
• Fried pizza
• Casatiello is a savory pie made with cheese, salami, and eggs, prepared during the Easter period
• The crocchè, considered street food is a mixture of potatoes, eggs, cheese and pepper with a filling of mozzarella salumi that is fried in oil
• The Sciurilli, fried zucchini flowers
• The Sfogliatella one of the typical sweets of Campania that can be: curly, if you use the puff pastry, or shortcrust, if prepared with shortbread.
• The Babbà is an oven-baked cake made with leavened dough with brewer’s yeast that can be filled with cream or chocolate
• The Zeppole are prepared with flour, sugar, eggs, butter and olive oil, custard, icing sugar and cherries in syrup are considered as the typical dessert of father’s day on 19 March
• The Neapolitan pastiera is a typical cake of the Easter period of shortcrust pastry stuffed with ricotta, candied fruit, sugar, eggs