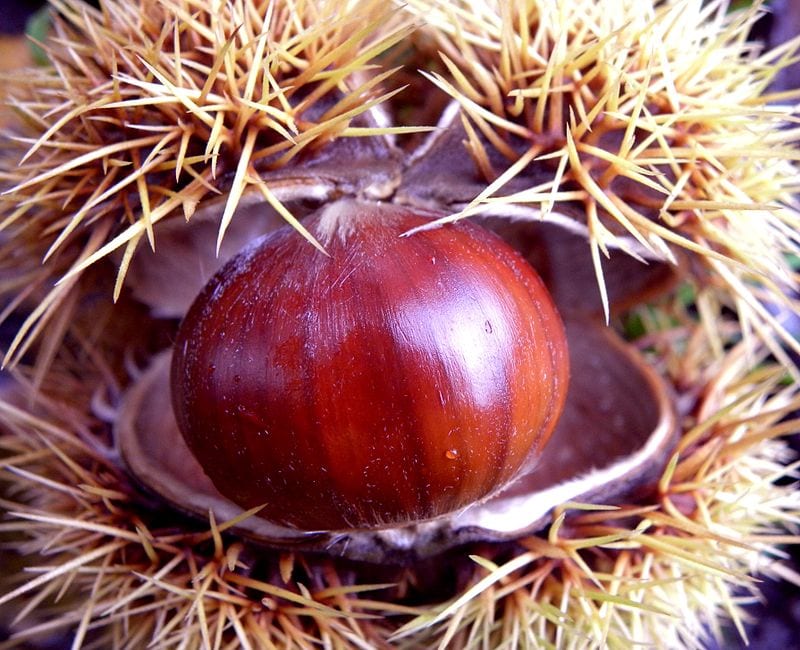 Chestnuts are the fruit that originates from the Chestnut plant. In Italy, harvesting begins in autumn, towards the end of September; In the past, this activity was considered one of the most important events of agricultural life to which most of the inhabitants of the country participated. In fact, it was considered a poor food but at the same time, it is very nutritious. In nature there are several types, the most well-known are Chestnuts and Marroni (that means “browns”), which should not be confused with each other. In fact, Chestnuts are smaller, dark in color and with a tasty pulp; Marroni, however, are sweeter, larger and have a slightly lighter color.
Chestnuts and browns can be consumed and used in different ways: as flour, puree, spread on bread as a jam, boiled or roasted on the fireplace (called “caldarroste”) but they can also be transformed into soups, risottos and used in the pastry shop.
In Italy, there are 12 types of Marroni and Chestnuts from different geographical areas that are registered with P.D.O. or P.G.I. certification, to protect their species:

Chestnut in Italy is a symbol of the beginning of Autumn, with its sweetness and its warm colors you will not resist: let’s try and cook them!