1846 was when the Rummo family had found their ancient mill, the water from the river turned the mill wheels and Antonio Rummo began to make his own pasta in via Dei Mulini (Mill Street), making good use of the earth’s natural gifts with talent and passion. Merchants of the time, who sent their grain from “Capitanata” to Naples via Benevento took advantage of this to transform it into flour of the highest quality. Now, after over 160 years, the ancient pasta factory of Via dei Mulini has become part of the old town of the city of Benevento and testimony of an ancient tradition. 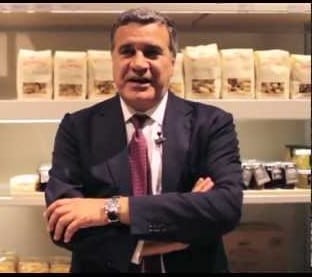 Mr Cosimo Russo tells “As a child, I took my first steps into my family’s pasta factory in Benevento, in the heart of the known Italian region for the best pasta in the world. Since, I have always had a single dream: that the our pasta was the best.”

The company has encountered many difficulties like the flood of 2015 that destroyed machinery and many products but never gave up and thanks to the passion of its people and the community it is today an excellence in pasta production.

It is characterized by a process called “slow processing” which allows for a pasta that holds the cooking (pasta al dente) perfectly and adapts to many types of sauces.

In addition to a careful selection of ingredients, this process involves the slow and delicate mixing phase between semolina and water, in a union of miraculous elasticity; cutting with special bronze dies which give the pasta a consistency unique and a rough dough and a masterful drying of the pasta, according to the times and temperatures of each formed, to eliminate water and preserve the scent of ripe wheat.

It is available in both normal and gluten free versions