The Consortium guarantees for over thirty years that only cheese that meets the product specification is labeled, recognized and sold as Pecorino Toscano PDO, handing down the tradition and strengthening the identity nationally and internationally. Today as yesterday, this cheese characterizes the dairy tradition of Tuscany and of the area of ​​origin (Tuscany and some neighboring municipalities of Lazio and Umbria), within which milk is produced, transformed into cheese and brought to the end of maturation. . Its unique and delicate flavor tells an ancient story that goes from the Etruscans to the present day in the name of quality and the very close link with the territory.

How it is Made

It is called “caesificazione”, the production process that goes from milk to cheese. In one word there is an ancient yet constantly evolving practice. Over time, technology has refined and improved the production process, but the touch of the dairyman remains decisive in making every form of cheese unique. The production of Pecorino Toscano DOP is a process made up of phases, each of which contributes to making it unique. It is produced exclusively with sheep’s milk from pastures in the area of ​​origin (Tuscany and some neighboring municipalities of Lazio and Umbria), as established by the Production Regulations. Under the pale yellow rind, this enchanting cheese has a sweet taste and a milky aroma, a scent that loses during maturation in favor of a more intense and structured taste. 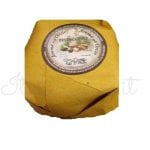 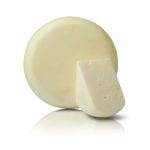 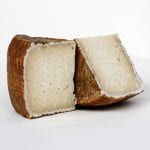