The Name
The name Fontina seems to come from a pasture called Fontin where this cheese was made. Other sources link it to the village of Fontinaz. The name could also come from the old French term “fontis” or “fondis” which used to indicate the particular capacity of its texture to melt with heat.

The ancient Origin
The term Fontina appears for the first time in 1477. It is Pantaleone da Confienza, a physician from Vercelli, who writes about it in its dissertation Summa Lacticinorum. The first classification dates back to 1887, year in which the yearly report of the Experimental Station of Lodi’s dairy factory mentions “Le Fontine di Val d’Aosta”. During the Thirties and the Forties, it is the Italian Ministry of Agriculture and Forests – through the Alpine Experimental Station of Salice d’Ulzio and the Zootechnical and Dairy Institute of Turin – that carries out a second classification of Fontina. In 1955 a Presidential Decree awards Fontina the Controlled Designation of Origin status, but it is only in 1957, thanks to Giulio Angelo Negri’s “Il casaro valdostano”, that it is possible to find a first structured organization of the researches carried out up till then.

The Change
In the Sixties, Italian agriculture and the zootechnical-and-dairy sector undergo a revolution. The milk-and-dairy industry demands new production and sales techniques. The local cattle breeds are eliminated. The local productions, though, are not only preserved but increase their success more and more, thanks to a continuous search for quality and the marks awarding their authentic and traditional provenance. 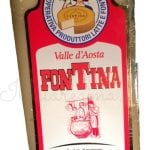